newsheadline247
HomeNewsBuhari pays tribute to Gani Fawehinmi, says ‘he was a pacesetter’
News

Buhari pays tribute to Gani Fawehinmi, says ‘he was a pacesetter’ 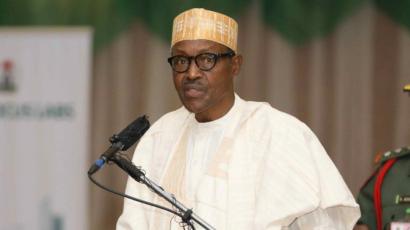 Buhari paid the tribute to the human rights lawyer on his posthumous 80th birthday, which will be marked tomorrow. Gani who was born on 22 April 1938, died on 5 September 2009.

In 1984, when lawyers in Nigeria boycotted the anti-corruption tribunals set up by the Buhari led military regime, to try corrupt politicians, Fawehinmi decided to appear before the tribunals. Consequently, he was isolated by the Nigerian Bar Association. But Gani was undeterred.

Perhaps reflecting on the 1984 episode, President Buhari described  Gani as a legal icon, who was also “a true conscience of the nation, defender of democracy and people’s rights advocate’’.

President Buhari said he fondly remembers the legendary patriot for his altruistic services to the nation, which continues to be sorely missed.

‘‘The late Senior Advocate of the Masses was not an arm chair-critic, nor a rabble-rouser who fomented trouble for its sake; but a serious-minded, articulate, cerebral and compassionate promoter of fundamental human rights, social justice, equity, fair play and national development.

“Gani was an extraordinary human being and a great reference for all progressive elements in society. He dared death and incarceration and was forced into prison 40 times without bowing to intimidation and molestation.

‘‘He fought for and stood by democracy with every ounce of his blood and immense intellect. He deserves a lingering respect,” the President said in his tribute.

President Buhari urged Nigerians, young and old, to imbibe the good deeds of the Ondo State born, detribalized, learned man and Muslim leader (the Seriki Musulumi of Ondo town), “for his doggedness, incorruptibility and fervent belief in the unity and progress of Nigeria as an entity.”

The President noted that Chief Fawehinmi who would have been 80 years old on 22 April 2018, will never be forgotten as a committed pacesetter and pathfinder for the democracy that we practise today.

The President, therefore, urged contemporary civil rights activists and human rights advocates in the country to emulate the late icon, through constructive criticism and useful suggestions as partners in the pursuit of national peace, unity and development.

As part of the posthumous celebration of the human rights advocate, the Lagos State Government will unveil a new statue in his honour at the Gani Fawehinmi Memorial Park in Ojota.