HomeNewsBuhari turning a blind eye to corruption within his govt, CDD alleges
FeaturedNews

Buhari turning a blind eye to corruption within his govt, CDD alleges 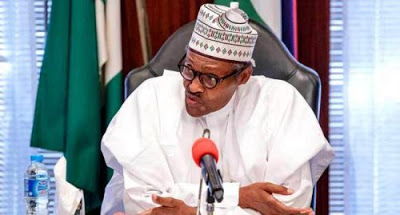 The Centre for Democracy and Development (CDD) has accused President Muhammadu Buhari is turning blind eye to corruption within his administration.

The organisation, in its five-year assessment report of the achievements and gaps in the anti-corruption programme of the president, said “malfeasance” by some presidential appointees are being overlooked.

“In the first place, the five-year assessment situates anti-corruption as a signature issue around which President Buhari has built a personal political brand, making it the major plank on which he won the historic election of 2015,” the organisation said.

“The assessment equally notes that the President pushed through a few key financial management reforms, which have been critical in preventing opportunities for corruption to thrive. One of such reforms is the mandatory use of the Treasury Single Account, which has ended the lax and opaque system wherein government monies sat in disparate accounts, which made proper oversight impossible.

“Consequently, the assessment knocks the President for his tendency to condone corruption within his own administration and the ruling All Progressives Congress (APC) party. In this regard, President Buhari gets the flak over accusations that he “consistently turned a blind eye to malfeasance by some of his own appointees and resisted independent oversight of Nigeria’s most scandal-ridden agencies.”

The CDD said the Buhari administration has failed to curb defence and security corruption.

“The assessment asserts that expenditures in the defence and security sector continue to escape public and legislative scrutiny, and mostly occur under emergency procurement processes that lack basic anti-corruption safeguards,” the organisation said.

“Another shortcoming identified by the Five Year Assessment is the failure of the government to achieve the required reforms in the petroleum sector. President Buhari who doubles as the Minister of Petroleum Resources, the assessment avers bears personal responsibility for his government’s failure to undertake basic, and long overdue, reforms to the Nigerian National Petroleum Corporation (NNPC).”