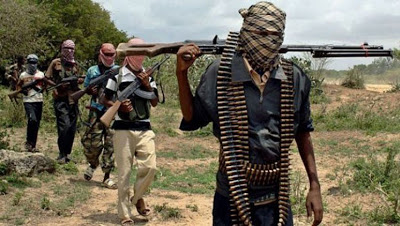 Over 400 suspects, including Bureau de change operators, gold miners and sellers, and other businessmen, have reportedly been arrested for allegedly funding Boko Haram and bandits deadly operations across the country.

In over a decade, there has not been clear information on how Boko Haram insurgents are being funded.

The businessmen were arrested in an operation being coordinated by the Defence Intelligence Agency (DIA), and in collaboration with the Department of State Services (DSS), Nigerian Financial Intelligence Unit (NFIU) and the Central Bank of Nigeria (CBN), according to Daily Trust report.

The operation was said to have been approved by President Muhammadu Buhari in 2020.

The newspaper in its report stated that an initial list of 957 suspects comprising bureau de change (BDC) operators, gold miners and sellers, and other businessmen is being acted upon.

A source, however, informed the Daily Trust that about 400 persons have been arrested in Kano, Borno, Abuja, Lagos, Sokoto, Adamawa, Kaduna and Zamfara.

Those arrested are reportedly being kept in military and DSS facilities in Abuja and other places.

“Because this is economic warfare against the insurgents and other militant groups, the president, when approving the operation directed that the NFIU take the lead as the country’s financial intelligence powerhouse,” Daily Trust quoted a source to have said.

The source added that “with the presidential approval, a task team was composed of personally selected senior officers who were deployed under the DIA to carry out the special assignment”.

“The main person coordinating the funding ring for Boko Haram is in our custody, he and his closest ally in the business,” he said.

Another source was quoted to have said about 19 BDCs owned by persons with “direct connection with Boko Haram” were uncovered, while over N300 billion was found to have been used in funding terrorism.

Apart from one person in Borno and another in Zaria, Kaduna state, the source said over N50 billion were traced in funding to the armed groups.

“A number of those arrested have divulged vital information including operational details of bandits and Boko Haram insurgents. But they are being kept to aid further arrests,” the source was quoted to have said.

Family members of those arrested, the newspaper reported, have been calling on the government for their release.

NEWS: “One Nigeria” is an empty slogan – Kanu insists Lugard can’t determine ‘popular will of the people’