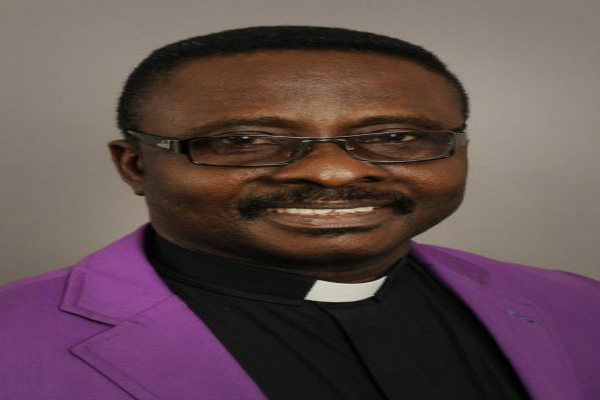 Ayokunle, who said this in an interview with journalists at the 12th convocation of Bowen University, Iwo in Osun State on Saturday, however, commended  the Buhari administration for identifying corruption as a major problem that must be tackled.

The CAN president said it appeared that Buhari was only focusing on fighting corrupt persons outside his political camp while he had turned a blind eye to those perpetrating corruption around him.

He stated that the President must beam the searchlight on members of his cabinet and his party men if he wanted to be taken seriously in his war against graft, saying this would send a warning signal to those around him, who might want to continue to plunder the nation.

Ayokunle said, “We need to caution the President in particular that the fight against corruption may not be too far away from around him. Those hands that are not right around him, he should be courageous enough to deal with them.

“The signs that we are seeing, because we are not babies, the hand writing that we are seeing is that he has to, first of all, he should deal with the corrupt persons around him before he will be able to deal with those in distant places.  He is doing a good job in that area but he must do more.”

The CAN president, who is also the President of Nigerian Baptist Convention, frowned on the silence of Buhari despite the massive killings being perpetrated by the Fulani herdsmen.

He said the herdsmen people had thrown many families into sorrow and hunger as a result of the killing of their breadwinners and the destruction of their farms.

Ayokunle said, “On the issue of herdsmen killing all over the country, the President has never done anything tangible and convincing about them. The herdsmen have been ravaging and sacking communities with reckless abandon. It appears that they are above the law. This is quite unfortunate. This administration must address that.

“These herdsmen have stopped the drums in many homes. Many homes are in sorrow and agony because their breadwinners have been massacred without anybody arresting their killers. I just came from Ancha village in Plateau State, where we had to do a mass burial for 19 people killed by these herdsmen.

“Up till now, no government official has visited that place. No action has been taken against these marauding herdsmen. Why? If the President is focusing on Boko Haram in the North-East but has not done anything against the killer herdsmen, that is unfortunate, especially when we know that these Fulani herdsmen are from his ethnic clan. He needs to act fast on these herdsmen.”

Earlier in his address to the graduating students, Ayokunle had urged them to strive to create opportunities for themselves, saying there might not be anybody to offer them white-collar jobs.

He said they must empower themselves with necessary skills to wage a serious war against unemployment.

Ayokunle said he needed to be trained to work to support psychiatric patients in the United Kingdom despite having two Masters degrees and a graduate diploma before travelling out for another Masters degree and his PhD programme.

The Vice-Chancellor of Department of Bowen University, Prof. Mathew Ojo, said 80 students  of the university graduated  with first class degrees in various disciplines.

Giving the breakdown of the 1,020 graduates, the VC said apart from the 80 graduands, who bagged first class degrees, 381 made second class upper degrees, 378 bagged second class lower degrees while 130 made third class.

He added that the university produced 15 medical doctors while four graduated with postgraduate diploma certificates and 25 bagged Masters degrees in various disciplines.