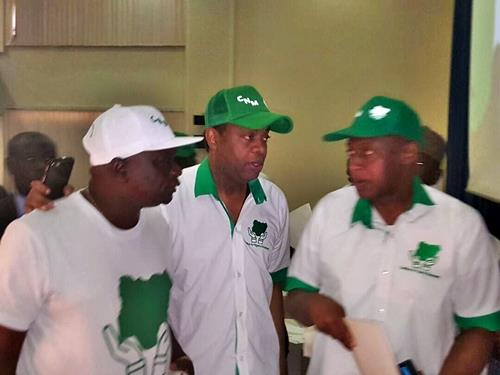 Obasanjo’s touted Coalition Movement has been launched just about a week after the former president wrote a scathing letter to President Muhammadu Buhari.

The movement was launched at the Shehu Musa Yar’Adua Centre in Abuja, the federal capital territory.

On Tuesday, January 23, Obasanjo unveiled a lengthy and critical public statement which suggested the formation of the movement and advised President Buhari against seeking a second term in office.

The former president was not present at the launch, but two former Peoples Democratic Party (PDP) governors, Olagunsoye Oyinlola and Donald Duke, were in attendance.

The former President, had said in his public letter that the ruling All Progressives Congress (APC) and the opposition Peoples Democratic Party (PDP) were incapable of repositioning Nigeria.

He said both political parties have lost the confidence of the electorates.