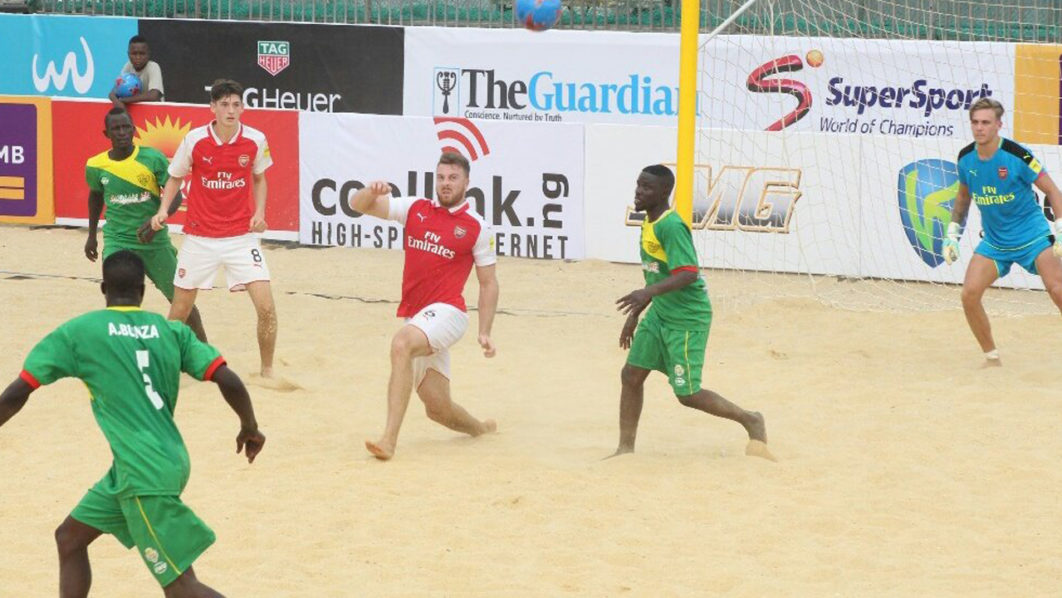 Arsenal Beach Soccer Club started their campaign yesterday with an 11-9 victory over Kebbi BSC at the on-going Copa Lagos Beach Soccer Tournament. It was the first match of the competition, which is featuring four clubsides and four national teams at the Eko Atlantic.

The Gunners led in each of the three quarters, winning 4-3 in the first quarter. The Kebbi boys, who were cheered by their governor, Abubakar Atiku Baguda, fought back in the second stanza to tie at 4-4, but a sudden loss of concentration saw them falling 8-6 at the end.

The third quarter was thrilling as Arsenal widened the gap to 10 -7 only for Kebbi to narrow it to 10-9. But when Governor Baguda and other Nigerians were expecting an upset, the Gunners struck with two late goals to win the game by 11-9.

The defeat notwithstanding, Governor Baguda praised the Kebbi team for the effort and promised to continue to support them to excel in beach soccer.

Meanwhile, players and officials of Arsenal are waiting anxiously to have Nigerian players in their mix. To them, it will be a good thing for young Nigerians to follow the footsteps of the duo of Kanu Nwankwo and Alex Iwobi, who have made their mark with Arsenal FC.