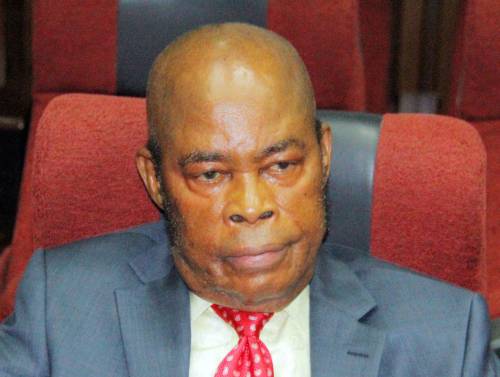 The Federal High Court, Abuja, on Wednesday ordered that the N4 million tendered as evidence in the ongoing trial of Supreme Court Judge, Sylvester Ngwuta, be counted before it is admitted as evidence.

Mr. Tsoho also ordered that the money be counted with the assistance of an Accountant from the Court’s Accounts Department, in the presence of the prosecution, the defence and the registrar of the court.

He said it was necessary to count the money in order to confirm that the amount tendered corresponded with the amount stated by the witness.

Mr. Ndakpoto, while giving evidence, alleged that the money was recovered in a house in Abakaliki following information received from one Linus Chukwuebuka.

“Chukwuebuka made revelations that necessitated our search of the house where we found documents relating to property and a bag containing the money.

“Chukwuebuka told me that Justice Ngwuta called him and asked him to go to his bedroom and remove the documents and the bag containing the money and hide them because if the “SSS” should lay eyes on it, he will be in trouble.

“He also told us that Ngwuta asked him to move some cars, a BMW, a Wrangler jeep and a Hummer jeep and that he further asked him to disappear afterwards so that he will not be arrested.”

The judge adjourned the matter until January 11 for continuation of trial.

NAN reports that Mr. Ngwuta is standing trial on an amended 13-count charge of corruption related offences, bordering on money laundering and other financial crimes.