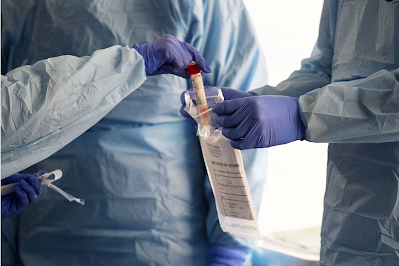 Nigeria on Monday confirmed 643 fresh cases of COVID-19 infections across the country with the highest number coming from Oyo state.

In its latest update, the Nigeria Centre for Disease Control (NCDC) announced that out of the 643 new infections confirmed across 18 states and the federal capital territory (FCT) the Oyo recorded the highest number of fresh cases with 88 positive samples.

Next on the list was the epicentre of the pandemic in Nigeria, Lagos, which followed closely with 86 new infections and Rivers recorded the third highest with 55 positive samples.

A total of 8,473 infections have been recorded in the past seven days, while the country’s tally of confirmed cases  across all the states and the FCT, has now exceeded 140,000.

Six new deaths were confirmed on Monday, bringing the total number of fatalities to 1,673.

Meanwhile, according to the NCDC, 1,110 patients were confirmed to have been discharged on Monday, which included 744 community recoveries in Lagos state, 100 in Rivers, 78 in Plateau, 72 in Kaduna, and two in Benue “managed in line with guidelines”.

A total of 114,635 patients have now been discharged across the country, while 24,083 are currently active cases.