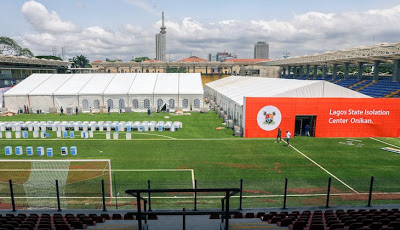 Nigeria on Wednesday recorded 52 new cases of the COVID-19 virus. The new cases were recorded in six states and the Federal Capital Territory (FCT) according to the Nigeria Centre for Disease Control (NCDC).

According to an update published by the NCDC on Wednesday, the new figure raised the total number of infections recorded in Nigeria to 165,273.

The country also recorded two new deaths on Wednesday, about seven days since it reported the last death from the virus.

This brings the total number of deaths from the virus in Nigeria to 2,065.

A breakdown of the data shows that 32 people were discharged on Wednesday after testing negative for the virus. This brings the total number of discharged persons after treatment to 155,403.

There was no recorded case of recovery from isolation centres across the country on Wednesday, according to the infectious disease body.

“Today’s report includes data from Taraba State recorded between 22nd April and 4 May 2021,” the NCDC said.

Meanwhile, over 7,789 infections are still active in the country, according to the NCDC.