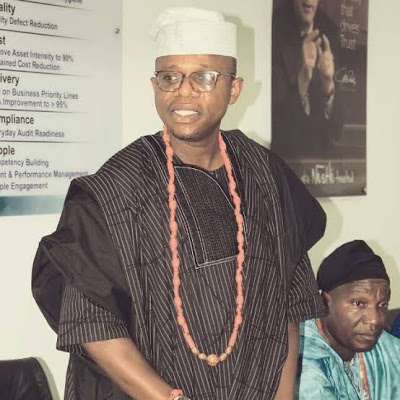 A chieftain of the Peoples Democratic Party (PDP) and ex-chairman of Ado/Odo Ota Local Government in Ogun State during the tenure of former governor Gbenga Daniel, Chief Abayomi Tella has begun the distribution of relief packages to the residents of the local government.

Tella revealed that the relief packages were meant to cushion the effect of the ongoing lockdown of the state over the dreaded Coronavirus epidemic.

The distribution of the items to the less privileged, the vulnerable, the old, the indigents and the poor of the poor in the area began on Saturday 11th April 2020 and it will continue for many days.

Some of the items distributed to the appreciative residents by Tella included grains such as rice and beans, beverages, toiletries, sanitizers, face masks amongst others.

It was observed that thousands of packs were made available to the residents.

Tella, who spoke on the reason behind the gesture despite the fact that he is no longer in a public office, said that he was moved by the condition of the less privileged, the vulnerable, the old, the indigents and the poorest amongst the people in the area at this period.

He said further that it was his own way of ensuring that the people cooperate fully with the federal and state governments to stop the spread of COVID-19 in the state and in the country.

According to him; “all hands must be on deck to ensure that we defeat COVID-19 in our nation. The federal and state governments are playing their roles. I want to identify with my people at this critical time.

“This is the time they need me most and I will continue with the gesture for sometime so that the stimulus package can alleviate the suffering of my people.

“We have never experienced something like this in the past, but it is a passing phase in our nation and in the world at large,” he said.

On the mode of the distribution, the politician revealed that the process is being done indiscriminately and that he is working with his team to identify the people in these categories across the local government area.

Tella explained that this is not the time to satisfy party members alone, but that the humanitarian gesture is being extended to as many people as could be captured, while it lasts.

He then called on the residents to see the gesture as his own widow’s mite, adding that he would have loved to do more, but that human resources are usually limited.

While calling on other public-spirited individuals and corporate organisations to come to the aid of the poor in the society at this time, Tella promised to continue to identify with the people anytime the occasion demands.

He, however, urged the people to take precautions in this period, avoid panic and all manner of reports that could spark controversy and that “the siege would soon be over.”