COVID-19: Football’s sponsors worry that they are paying for nothing 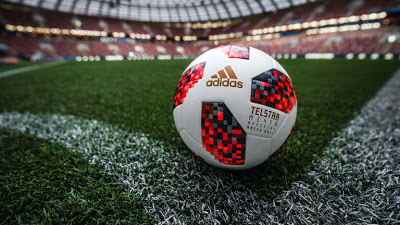 Some sponsors are beginning to cancel payments

With stadiums dark, match shirts folded in closets and most players confined at home, football’s sponsors have lost all visibility and are growing restless.

European clubs are struggling to offer their ‘partners’ a return on their investments as sport grapples with the coronavirus pandemic.

“We’re trying to do activities with our players for our sponsors, who are even more demanding since the lockdown. But it’s very complicated because of the health crisis,” one club marketing manager told AFP.

The stars, the surest way for sponsors to attract an audience, are at home, many back in their native countries.

Worse, there are no games for them to play. Matches on TV display the brands on the team jerseys or around the pitch to millions of viewers.

At West Ham, one of the sponsors, high-risk finance company Basset & Gold, which the club stresses is not connected with owner David Gold, has just gone bankrupt, blaming the coronavirus crisis.

Many sponsors are in sectors hit especially hard, such as airlines and hotel and restaurant chains.

Some sponsors are beginning to cancel payments.

The Bordeaux-based chain suspended its contract, which runs until 2023, he said, “until we have the dates for the resumption”.

French hotel group Accor, PSG’s main sponsor, left open the question of whether it would pay the full amount provided for in its contract (about 50 million euros, $54.7 million, a year), before saying two days later that it had honoured its commitments.

“But at the same time, it’s in bad times that you recognise your friends and those who are there for you.”

Sponsors can say overnight “we’re stopping everything because we’re in an emergency situation where we have to eliminate all the superfluous expenditure”, sports economist Jean-Pascal Gayant told AFP.

“In the event of a crisis, the first budget item they cut is often the communications.”

With matches cancelled and some broadcasters, notably in France, beginning to withhold payments, club finances are already strained.

“Sponsorship is particularly important for Europe’s biggest clubs,” said Deloitte, the accountancy and services firm, in the 2020 edition of its ‘Football Money League’ which ranks clubs by income.

It said the primary source of revenue for its top five clubs (Barcelona, Real Madrid, Manchester United, Bayern Munich and PSG) is commercial and averages 49 percent of total revenue — although that number is inflated by PSG, which reports 57 percent of revenue from sponsorship.

Lower down the Deloitte table, the proportions change.

For the clubs placed 16 to 20 (Roma, Lyon, West Ham, Everton and Napoli), 65 percent of revenue comes from broadcasting.

One market expert, who did not wish to be named, said that the risks of deserting can outweigh the financial costs, especially for companies “who are doing well” in sectors that are seen to be less affected, such as technology or the food industry.

‘White knight’
“You can go to them and say: ‘You can play the white knight by investing in sport in these difficult times’,” the market expert said.

The value of being seen to remain loyal is reflected in the attitude of the Iberdrola Group, the main sponsor of the Spanish women’s first division.