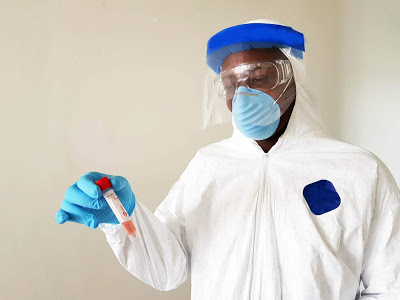 The Osun state government announced it has found a coronavirus patient who reportedly fled the state’s isolation Centre.

The Chief Press Secretary to the governor, Ishmael Omipidan, said the patient was found on Saturday afternoon.

There were reports that six patients who tested positive for the disease fled the isolation centre.

But Funke Egbemode, commissioner for information, had earlier said a headcount, which was conducted in the morning, showed that only one person was missing.

Some of the 127 returnees from Ivory Coast had been isolated by the Osun government. 22 of them had tested positive for coronavirus.

According to the Nigeria Centre for Disease Control (NCDC), out of the 209 confirmed cases in Nigeria, 20 patients are from Osun.

Egbemode later issued another statement on the patients who had left the centre without the permission to do so.

“The State Government of Osus has found the only person who reportedly absconded from the Isolation centre in Ejigbo earlier today,” the statement read.

“The woman has been returned to the isolation centre. We are still in the process of tracing individuals she might have come in contact with.”

The commissioner said security within and around the isolation Centre had been beefed up.