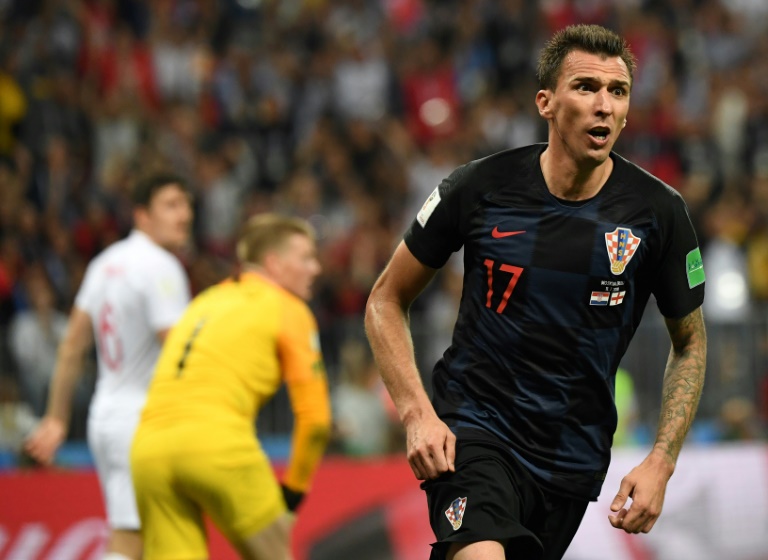 AFP…… Croatia reached the first World Cup final in their young history on Wednesday, prolonging England’s decades of pain as they set up a decider against France with a 2-1 win.

Luka Modric’s team fell behind in just the fifth minute but hit back through Ivan Perisic and Mario Mandzukic to win a tense contest in front of 78,000 fans in Moscow’s Luzhniki Stadium.

In beating Gareth Southgate’s young team, Croatia — taken to extra-time for a third consecutive match — have surpassed the achievements of the heroes of 1998, who reached the semi-finals in France.

The defeat will be difficult to digest for England, who have won many admirers for their run to the semi-finals and must have felt they were on the verge of the final when they were in front.

Trippier gave England a dream start, curling in a free-kick from 25 yards past the despairing dive of Danijel Subasic after Dele Alli was brought down in a central position

England, playing with zip and purpose, looked sharp going forward as a rattled Croatia side tried to regroup, with Raheem Sterling proving a real handful but the score remained 1-0 at the break.

Croatia started the find their range as the second half wore on and Perisic levelled for Croatia in the 68th minute, nipping ahead of Kyle Walker to steer home Sime Vrsaljko’s cross past a diving Jordan Pickford.

Suddenly the massed ranks of red-and-white-clad Croatia fans behind Pickford’s goal started to believe and shortly afterwards Perisic hit the post but England somehow clung on to take the game into extra-time.

As the extra period started Croatia struggled to maintain their intense pressure but continued to threaten the England defence.

But Mandzukic scored the winning goal in the 109th minute, sweeping the ball low past Pickford after Perisic’s header back into the area caught the England defence on the hop.

England players collapsed on the pitch, distraught as the Croatians and their fans celebrated wildly, .

“We’re gutted,” said Harry Kane, still on course to finish as the tournament’s top goalscorer with six strikes in Russia.

“It hurts, it hurts a lot. It’s going to hurt for a while of course. We can hold our heads up high. It’s been a fantastic journey. We got further than anyone else could thought we would have.”

“It’s been great to get to this stage and we know we’ve done everyone proud but we wanted to go on and win it. We thought we were just good enough, we thought we could have done that. But we’ve fallen just a bit short. It hurts. I don’t know what else to say. It hurts.”

France reached the final for the third time in their history on Tuesday when a second-half header from Samuel Umtiti gave the 1998 champions a 1-0 victory against Belgium in Saint Petersburg.

The win sent tens of thousands of French people pouring onto the Champs-Elysees avenue in Paris in scenes of joy last seen when France won the World Cup two decades ago.

Despite the much-vaunted attack of teenager Kylian Mbappe and Antoine Griezmann, France’s defence proved the difference as they shut down Eden Hazard and Romelu Lukaku and they showed they will be hard to beat on Sunday.

France coach Didier Deschamps said he was delighted to have the chance to bury the pain of the Euro 2016 final, which his side lost on home soil to Portugal.

“Finals have to be won because we have still not got over the one we lost two years ago,” he said.

It was a painful defeat for Belgium, foiled at the semi-final for the second time in their history, as the clock ticks on their so-called “golden generation” of players.

Hazard shone at times but Kevin De Bruyne was quiet and Manchester United striker Lukaku was a shadow of the player he had been earlier in the tournament, even though Belgium enjoyed most of the possession.