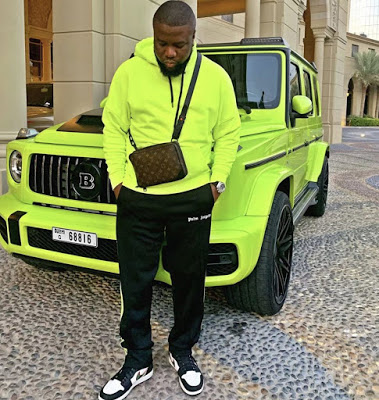 Abbas Ramon, alias Hushpuppi has pledged to refund $1.7 million in restitution to the victims of his fraudulent schemes.

The Nigerian Instagram celebrity, who is awaiting sentencing by a United States court, said he will be paying the sum despite that he only benefitted $300,000 from the crimes.

He said this in a hand-written letter he addressed to the trial judge, Otis Wright of the US Central District of California.

Hushpuppi begged for leniency as he expressed regrets and apologies for his actions in the letter he sent to the judge ahead of his sentencing in November.

Hushpuppi has been in detention since his arrest in Dubai, the United Arab Emirates (UAE) and rendition to the US in June 2020.

He wrote his emotional letter dated 9 September to the judge from detention in Central Valley Annex Prions in McFarland, California.

The three-page letter was part of the documents his lawyers have so far filed at the court, urging the judge to reduce his sentence below the calculated range dictated by statute.

The offence of conspiracy to engage in money laundering to which Hushpuppi pleaded guilty attracts a maximum imprisonment term of 20 years.