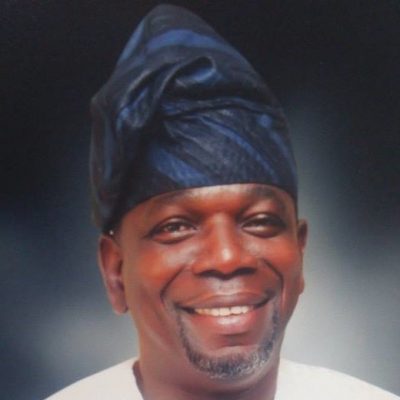 The Campaign Director of the All Progressives Congress (APC), Ado-odo/Otta Federal Constituency in Ogun State, hon. Segun Ojolowo-Ojuko has given assurance that the ruling party would emerge winner of the gubernatorial election in the state.

Ojolowo-Ojuko speaking to our correspondent said that the APC is in the advantageous position to retain Ogun governorship seat in view of the party’s performance at all levels and as well as the choice of Dapo Abiodun and Noimot Salako Oyedele as its governorship and deputy governorship candidates respectively.

According to Ojolowo, the APC with its massive followership remains the only party to beat and the combination of Abiodun and Salako-Oyedele which is the best for the state would provide landslide victory for the party.

“We expect a total victory because we have a progressive party and the most competent and qualified individuals as candidates which places our party in the advantageous position to win the gubernatorial election convincingly,” he said.

The APC chieftain, however, added that the party would leave no stone unturned in its preparation for the election in spite of its bright chances of winning.

He said, “We are working round the clock to ensure a smooth victory despite our bright chances of winning.

“We can all see that Dapo Abiodun and Noimot Salako-Oyedele have been endorsed by all stakeholders and the people of Ogun State but this will not deter us from making adequate planning and preparations ahead of the election.

“We urge all our supporters to get their PVCs and come out en masse to vote for Dapo Abiodun and President Muhammadu Buhari in the election.

“However, I am certain that APC would win the Ogun State governorship election and the presidential election overwhelmingly.”