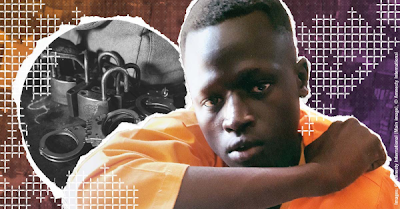 Magai Matiop Ngong was just fifteen when he was sentenced to death in South Sudan.

According to his testimony in court, Magai’s had fired his father’s gun at the ground to warn off his cousin who was trying to stop him fighting with another boy in his neighbourhood.

The bullet ricocheted and hit his cousin, who later died in hospital.

Magai faced trial for murder without a lawyer. He was convicted and sentenced to death – despite being only 15 years old at the time.

Before his life changed forever, Magai loved running and gospel singing. He was in secondary school and had ambitions to help people when he grew up. Now, he is in prison, and spends every day living in fear of execution.

Our research around the world shows that the death penalty is disproportionately used against poor and disadvantaged people. According to international law, and South Sudanese law, sentencing a child to death is illegal.

Last year Magai was finally given access to a lawyer who has helped him file an appeal. He finally has a chance to turn things around.

Let’s get behind him together and make our voices be heard loud and clear in South Sudan.