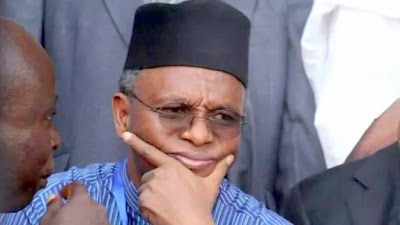 “The Kaduna state government must also improve the standard of living. People are dying.”

The people of the state appealed to El-Rufai to improve dividends of democracy to better the welfare of the residents.

Some residents reportedly expressed their views on Saturday in Kaduna, according to The Cable.

Bashir Isyaku, a resident of Tudun Wada, was quoted saying that the Kaduna government should provide enough security in public places and highways.

“The Kaduna state government must also improve the standard of living. People are dying. There are no jobs, and markets are being destroyed on a daily basis.

“The government should address these with visionary eyes, or else insecurity will keep on worsening,’’ Isyaku reportedly said.

Also, James Fada, a resident of Sabo, explained, “Government should do more on securing the lives and property of the citizens; if not, all the infrastructures and roads being built will be seen as nothing.

“Our youths need to be engaged in activities that would earn them good living for peace and development to thrive in the state.’

Abba Muhammad, a student resident at Rigasa, regretted that this year’s democracy day came with many challenges ranging from insecurity, economic meltdown, and the COVID-19 uncertainties.

“We don’t practise democracy in the right way as some government policies, like increment in school fees, are unbearable,’’ he said.

He urged the state government to formulate people-friendly policies.

On his part, Francis Danjuma, a civil servant and resident of Narayi, lamented that selfish politicians were making things difficult for the nation’s democracy to thrive.

“The electorate reposed confidence in their representatives, and when they assume power, they become another thing entirely.

“Our communities, especially at the grassroots, are yet to feel the impact of dividends of democracy.

“Many farmers and petty traders still struggle to make ends meet, not to mention other factors like insecurity and bad roads,’’ Mr Danjuma added.

Also, Abbas Abdul, an educationist, said the government needed to invest in education to guarantee the future of youths.