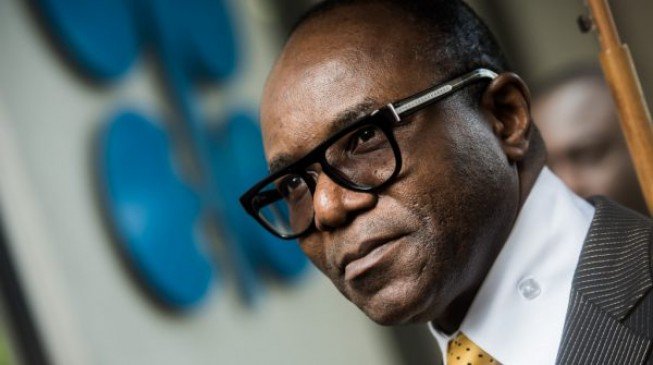 Ibe Kachikwu, minister of state for petroleum resources, has advised the federal government to “take advantage” of the controversial but prolific OPL 245

Kachikwu’s advice was contained in a letter to Abba Kyari, chief of staff to President Muhammadu Buhari, in response to an initial letter titled “Forwarding of the case file in respect of charge no FHC/ABJ/CR/268/17 and FCT/HC/CR/124/2017 – Malabu Oil and Gas Limited”.

The letter was one of the documents tendered at the federal high court in the cited case between the attorney general of the Federation (AGF) and Mohammed Bello Adoke, former AGF, which ruling has been fixed for February 23.

While $210 million was paid to the federal government as signature bonus, Malabu Oil and Gas Ltd, the original owner of the block, got $1.1 billion for its entire rights in the block.

But the transaction has since been subject of litigation and investigation by security agencies in the UK, Italy and Nigeria, on the grounds that the oil block was fraught with irregularities.

TheCable had reported that the two principal stakeholders in the acreage, Anglo/Dutch firm Shell and Italian oil giant Eni, are proceeding with its development of the main oil field already discovered.

The two oil giants took the final investment decision (FID) to develop the field known as Zabazaba field, which holds an estimated oil reserves of up to a billion barrels and whose development project is estimated at $13.5 billion.

In the letter dated December 13th, 2017, Kachikwu advised that the federal government should proceed with the oil deal and ensure its conversion to a product sharing contract.

He said proceeding with the deal will is not only a “strategic” approach to the OPL 245 controversy that has lingered for years but will also ensure the country bears no financial cost in its development.

He warned of the negative implications that may follow should international arbitration stem from the matter.

“My experience is that the potency of bilateral investment treaties upon which a claim could be made on Nigeria is such that any attempt to abrogate the settlement agreement or take any steps to undermine its integrity could prove costly to the country,” he said.

“In the circumstances following the advice, I respectfully recommend that the federal government should take advantage of the settlement agreement to acquire an interest in OPL 245 and ensure its conversion to a production sharing contract between the federal government and relevant parties as per paragraph 7 of the attorney general’s letter.

“This will not only ensure that Nigeria will bear no funding obligations for the development of the block, but will be a strategic, yet commercial approach and solution to the OPL 245 issue which will ensure that Nigeria is focused on obtaining an immediate benefit from OPL 245.”

In December 2017, an Italian court ordered the executives of Shell and Oni to undergo trial over allegations of bribery in securing the oil block from Malabu.

Adoke and Etete are among those accused by the Economic and Financial Crimes Commission (EFCC) of committing a $1.1 billion fraud in the deal.

Both have strongly denied any wrongdoing.

Meanwhile, in a letter dated September 20, 2017, Abubakar Malami, the AGF told Ibrahim Magu, acting chairman of EFCC, that nothing in the court charges links the duo to the alleged offence.

Lukman Omikunle - February 3, 2023
“Governor Dapo Abiodun has the welfare and interest of the people at heart and has been exhibiting this in all fronts since we assumed...
National

newsheadline247 - February 2, 2023
The Group Managing Director of NNPC Limited Mele Kyari has assured that the company is putting extreme measures in place to contain the current...