President Donald Trump finally condemned the “evil” of “racist violence” in Charlottesville on Monday, two days after a white supremacist rally in the Virginia town that left three people dead.

After mounting criticism at his failure to speak out against white supremacist groups, Mr Trump addressed the nation from the White House and warned those behind Saturday’s riots that they will be held criminally responsible.

And, after widespread cross-party anger at his initial response – in which he condemned violence “on many sides” – the president on Monday delivered a more measured response, in which he called out neo-Nazis and the Ku Klux Klan.

“I would like to provide the nation with an update on the ongoing federal response to the horrific attack and violence that was witnessed by everyone,” said Mr Trump. 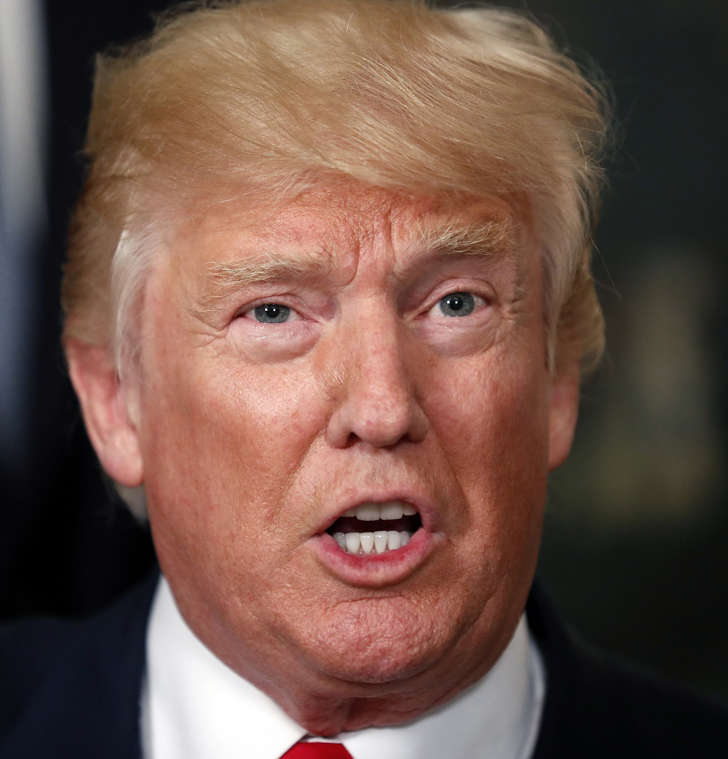 © Associated Press Donald Trump says ‘racism is evil’ as he condemns Charlottesville violence“To anyone who acted criminally at this weekend’s racist violence, you will be held fully accountable.”

He described the rally on Saturday as an “egregious display of hatred and violence” which, he said, “has no place in America.”

He continued: “Racism is evil. And those who cause violence in its name are criminals and thugs, including the KKK, neo-Nazis, white supremacists, and other hate groups that are repugnant to everything we hold dear as Americans

“Those who spread violence in the name of bigotry strike at the very core of America. ”

Mr Trump paid tribute to Heather Heyer, the 32-year-old who died when James Fields rammed his car into a group of anti-hate protesters.

He also commended the two Virginia state troopers killed when their helicopter crashed on Saturday.

“These three fallen Americans embody the goodness and decency of our nation.

“In times such as these, America has always shown its true character.”

Reading from a teleprompter, the president’s remarks were seen as a belated condemnation of the white supremacists who politicians across the mainstream US political spectrum held responsible for the mayhem in Charlottesville.

“It took 48 hours … It was clearly a statement based on the pressure that he had been given over the weekend,” he said.

Some suggested that Mr Trump’s initial response had been muted because he feared some of the voters who had swept him to power last November.

David Duke, the former Ku Klux Klan leader, told the rally in Charlottesville that the event was in line with Mr Trump’s election promises.

“This represents a turning point for the people of this country. We are determined to take our country back.

“We are going to fulfil the promises of Donald Trump. That’s what we believed in. That’s why we voted for Donald Trump because he said he’s going to take our country back.”

Over the weekend senior Republicans called on Mr Trump to show leadership in explicitly condemning the white supremacists.

Florida senator, Marco Rubio, said it was important to hear the president describe events in Charlottesville as a terror attack by supremacists.

Very important for the nation to hear @potus describe events in #Charlottesville for what they are, a terror attack by #whitesupremacists

Jeb Bush, the former Florida governor and another 2016 presidential hopeful, added: “The white supremacists and their bigotry do not represent our great country. All Americans should condemn this vile hatred.”

Orrin Hatch, one of the longest serving members of the Senate said his brother did not die fighting Hitler for Nazi ideas to go unchallenged in the United States.

John McCain, one of Mr Trump’s fiercest Republican critics in the Senate, added: “White supremacists and neo-Nazis are, by definition, opposed to American patriotism and the ideals that define us as a people and make our nation special.”

The white supremacists and their bigotry do not represent our great country. All Americans should condemn this vile hatred. #Charlottesville

The fallout from Charlottesville and Mr Trump’s initial failure to explicitly condemn white supremacists also cost him a black American member of his manufacturing council.

Kenneth Frazier, chief executive of  Merck, a major pharmaceutical company, announced he had resigned as a matter of personal conscience.

“America’s leaders must honour our fundamental values by clearly rejecting expressions of hatred, bigotry, and group supremacy, which run counter to the American ideal that all people are created equal,”  Mr Frazier said.

“Our country’s strength stems from its diversity and the contributions made by men and women of different faiths, races, sexual orientations and political beliefs.”

Now that Ken Frazier of Merck Pharma has resigned from President’s Manufacturing Council,he will have more time to LOWER RIPOFF DRUG PRICES!

Instead, the president used Mr Frazier’s resignation as an excuse to launch an attack on the high prices pharmaceutical companies charge for prescription drugs.

In Charlottesville , Al Thomas, the city’s police chief, said his officers did what they could to prevent violence erupting.  Arrangements had been made with the organisers of the alt-right rally over how it would be conducted.

“We were hoping they would co-operate with the plan,” he said. “We did make attempts to keep the two sides separate.

“We lost three lives this weekend — a local citizen and two fellow officers. We certainly have regrets. It was a tragic, tragic weekend.”

James Alex Fields, 20, who is alleged to have driven the car into the crowd, has been remanded in custody, charged with one count of second-degree murder among other charges.

According to records from the Florence police department in Kentucky, Fields’ wheelchair-bound mother, Samantha Bloom, repeatedly called 911 seeking protection from her son.

On one occasion he stood behind her wielding a 12-inch knife and on another hit her in the head and locked her in the bathroom after she refused to let him play video games. She said he was taking medication to control his temper.

Following the weekend’s violence,  there is growing anxiety that similar scenes could erupt at other alt-right rallies.

Right wing groups have planned a “Free Speech Rally” in Boston on Saturday.  They expect around 1,000 to attend.

Marty Walsh, Boston’s mayor, pleaded with the alt-right groups to stay away. “I don’t want them here, we don’t need them here, there’s no reason to be here,”  he said.

At least 4,000 counter protesters have said on Facebook that they also intend to turn up as well.