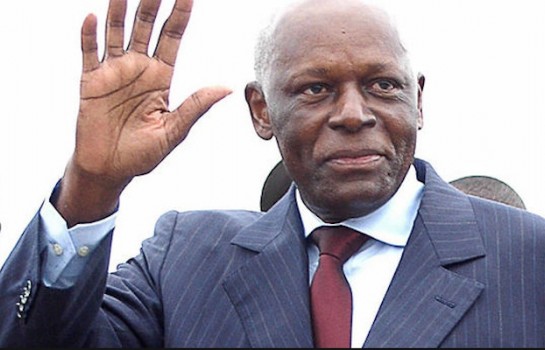 Joao Lourenco, who succeeded dos Santos as president last year, will also replace him as party leader in September, the MPLA said in a statement.

Dos Santos ruled Angola for 38 years before stepping aside in favour of Lourenco.

But dos Santos — who has been dogged by reports of ill health — had remained as MPLA leader and was expected to retain significant influence over Lourenco’s government.

The party’s executive said in a statement that it “approved of the candidacy of Comrade Joao Lourenco as president of the MPLA” and that it would hold a special congress in September.

Lourenco, an MPLA veteran and previously a loyal minister under dos Santos, has surprised many observers by acting against state corruption and nepotism since taking over.

ose Filomeno dos Santos, the son of the former president, has been charged after allegedly syphoning off $1.5 billion when he ran the oil-rich country’s sovereign wealth fund until he was sacked in January.

Filomeno’s half-sister Isabel dos Santos was also sacked from her job as head of state oil giant Sonangol and is now facing a graft probe.

Exposing friction at the top of Angolan politics, Isabel has alleged that her family are victims of a witch hunt at the hands of the country’s new leader.

This week, President Lourenco fired his army forces’ chief of staff and his head of intelligence over corruption allegations in a deepening purge of senior figures linked with graft.

Scores of other government officials and management of state-owned companies have also been removed.

During the country’s oil boom, dos Santos was accused of corruption and enriching a small elite, including his own family, while millions of Angolans remained in dire poverty.

At a meeting of the ruling party’s central committee in March, Dos Santos said he could stay on as party leader until 2019.

According to a member of the committee, there were fierce exchanges between old-guard supporters of Dos Santos and members aligned to Lourenco who wanted him named party leader promptly.

Dos Santos became Angolan president and head of the MPLA (People’s Movement for the Liberation of Angola) in 1979.