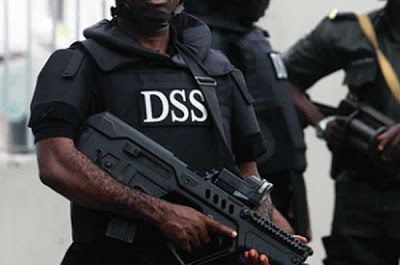 The Department of State Services (DSS) has said there was no joint sting operation with the United States Army in Trademore Estate, Abuja as reported a few days ago, stressing that there was no collaboration with any foreign military for that matter.

The spokesman of the DSS, Dr Peter Afunanya, said on Friday that the clarification became important following the continued peddling of the wrong information for some days now.

Speaking on the reported bomb discovery in Abuja, the DSS spokesman also said there was no threat of a bomb attack in Abuja as being reported within the last week and no bomb was discovered with the operations in the last week.

Following the security alert by the U.S. Embassy to its citizens in Abuja on a planned terrorist attack, the DSS had called on citizens to be at alert and remain calm.

The U.S. Embassy had issued a security alert to its citizens on October 23, noting that there were impending terrorist attacks on public places in Abuja.

Part of the alert stated: “There is an elevated risk of terror attacks in Nigeria, specifically in Abuja.  Targets may include but are not limited to, government buildings, places of worship, schools, markets, shopping malls, hotels, bars, restaurants, athletic gatherings, transport terminals, law enforcement facilities, and international organizations.  The U.S. Embassy will offer reduced services until further notice.

Afunanya had said the alert was similar to that which had been issued by the service recently.

Part of the DSS statement read: “The Department of State Services has received several enquiries relating to the security advisory issued by the US Embassy in Abuja, on October 23, 2022. The public may recall that the service had variously issued similar warnings in the past.

“While advising that necessary precautions are taken by all and sundry, the populace is enjoined to remain alert and assist security agencies with useful information regarding threats and suspicious criminal acts around them.  The service calls for calm as it works with other law enforcement agencies and stakeholders to maintain peace and order in and beyond Abuja.”