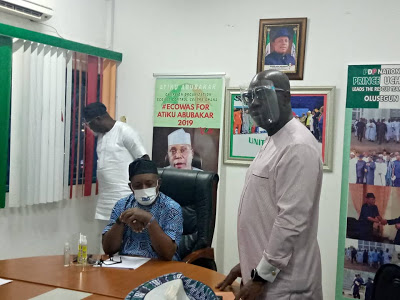 The party, in the same vein, welcomes all returning and new members accompanying Governor Obaseki to the PDP.

The PDP describes Governor Obaseki’s decision as courageous and patriotic.

This was contained in a statement signed by the party’s National Publicity Secretary, Kola Ologbondiya and made available to newsheadline247.

In the statement, the party praised the commitment, dedication and sacrifices of PDP leaders, critical stakeholders and teeming members in Edo state, who had continued to work hard to keep the party alive and made it attractive to the people of Edo State.

The party also stressed that Edo has always been home to the PDP adding that a PDP government will always put the interest of the people first in line with the party’s manifesto and guiding principles.

The PDP reassures all members of strict adherence to the principles of internal democracy in all its activities.