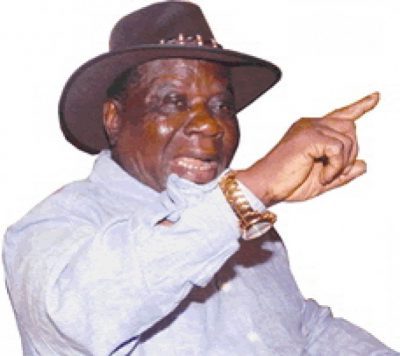 Nigerian nationalist, Edwin Clark has led sixteen socio-cultural leaders from the Southern Region of Nigeria to institute a suit against President Muhammadu Buhari for allegedly marginalising the people of the region especially from appointments in his government.

The plaintiffs led by Clark had in the suit filed before a Federal High Court in Abuja, asked the court to award the sum of N50 billion against the president and other defendants as “punitive, aggravated and exemplary damages” to the constituents of the plaintiffs for the “illegal, wrongful discriminatory and unconstitutional acts”.

They are praying the court to determine whether the president has acted in compliance with Section 1(2), section 14(3) section 217(3) of the 1999 constitution (as amended) in appointing top officials since the inception of his administration in 2015.

The plaintiffs also want the court to determine whether it was not “reckless and adverse to the interest of Nigeria”, for Buhari to obtain a loan facility from the Islamic Development Bank, African Development Bank, the World Bank, China, Japan, and Germany amounting to $22.7 billion (USD), for infrastructural development, only to allocate a bulk of the fund to the northern region.

Buhari; Abubakar Malami, the attorney general of the federation; Mohammed Sani-Omolori, clerk of the National Assembly, and the Federal Character Commission are the defendants in the suit.

Ten Senior Advocates of Nigeria filed the suit on behalf of the plaintiffs.