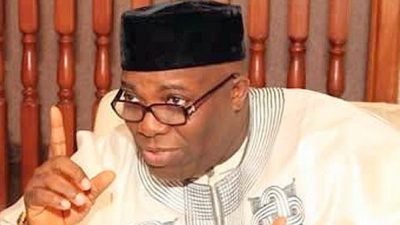 Doyin Okupe, a former aide to former President Goodluck Jonathan was on Monday arraigned by the Economic and Financial Crimes Commission (EFCC) at the Federal High Court, Maitama, Abuja.

According to a statement made available by the anti-graft agency, Okupe was arraigned on a 59-count charge bordering on “money laundering and criminal diversion of funds” to the tune of N702, 000, 000 (Seven Hundred and Two Million Naira) only.

The former presidential aide was arraigned along with two companies, Value Trust Investment Ltd and Abrahams Telecoms Ltd, allegedly involved in the commission of the fraud.

In December last year, the PDP chieftain claimed that some EFCC operatives stormed his residence in Lagos and confronted him with an allegation of cybercrime.

He also alleged that the operatives asked him to follow them to their office without a warrant for his arrest and he declined to follow them.

Instead, Okupe said he offered to visit the office of the anti-graft agency.

Okupe was later taken into custody by the EFCC and questioned over allegations of financial fraud and other activities in his office during the previous administration.

He was held for several days until his case was charged to court.