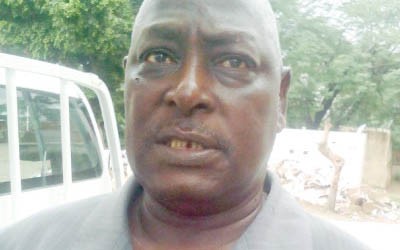 Five Economic and Financial Crimes Commission (EFCC) detectives are to investigate allegations against ex-Secretary to the Government of the Federation Babachir David Lawal.

The team, which was formed yesterday, expects Lawal to respond to eight posers.

Lawal may be invited for interrogation alongside seven others.

It was learnt that Lawal is being probed for alleged, violation of Public Procurement Act, abuse of office and mismanagement of funds.

The source said: “Our team is set and we have isolated eight issues for Lawal to respond to.

“Both Osinbajo’s Committee and the Senate Ad hoc Committee recommended the prosecution of all those involved in the alleged contract scam in the Presidential Initiative in the Northeast.”

A document obtained last night revealed the areas to be clarified by Lawal, some companies and PINE officials. They are:

Why did PINE pay 95%-100% contract sums for projects yet to be executed?
How much was PINE’s contributions to two conferences on rebuilding the Northeast?
What informed the award of and purported payment of a N223million consultancy contract for the removal of invasive plant species in Komadugu, Yobe Water Channels to the ex-SGF’s company?
Why was Section 43(iii) and (iv) of the Public Procurement Act 2007 ignored by PINE?
Could it be true that all the contracts awarded by PINE had no direct bearing to the needs of the Internally Displaced Persons?
Who recommended the engagement of Rholavision Engineering Limited belonging to a then serving government official, Babachir Lawal?
Is it true that Rholavision was incorporated in 1990 to carry out ICT services instead of agro services?
Was Lawal a signatory to Rholavision’s account as at the time of the award of the consultancy contract? Was he a director of the same firm till September 2016 while in office as SGF?
The EFCC yesterday grilled ex-Governor Suswam for nine hours on the over N23.9billion poll bribery scam involving a former Minister of Petroleum Resources, Mrs. Diezani Alison-Madueke.

A source in the EFCC said: “Suswam was invited for interrogation on the poll bribery scandal. He came around 9am and as at 7pm, he was still with us.

“We have grilled him for about nine hours to explain his roles in the scam. It is not yet clear if he will be detained or released on bail.”  The Capital NG