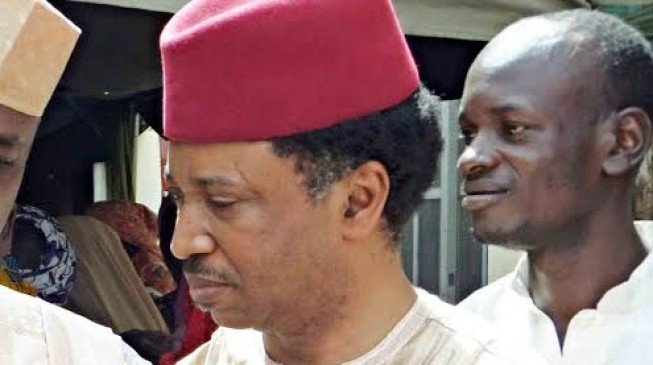 A former senator representing Kaduna central has been reportedly arrested by the Economic and Financial Crimes Commission (EFCC) over alleged ‘extortion’.

TheCable NG reports that said Sani was arrested for collecting money from a businessman, promising to pass it on to Ibrahim Magu, acting chairman of the anti-graft agency.

The ex-lawmaker is yet to make any statement since the news of his arrest broke out.

Spokesman of the EFCC, Wilson Uwujaren, declined comments on the issue but Cole Michael, an aide of the former lawmaker, said it is untrue that Sani was arrested.

The former lawmaker represented Kaduna central in the upper legislative chamber of the national assembly between 2011 and 2015.

Sani had on Monday made the headlines when he declared that Nigerians will experience more hardship under President Muhammadu Buhari in 2020.

He had accused the current administration of blaming past governments for the situation of the country, saying things will not improve even if Buhari is given additional 50 years to rule.

“So, it is disturbing to note that, some sections of the masses are deceiving themselves by thinking that, the leaders love them, and the leaders are also suffering like themselves.

“This should stop complaining to Nigerians that, they met Nigeria is bad shape. If things were in good shape in the first place, you won’t be called to come and rule. Whoever looks at history and see the time that, past leaders like Sardauna came into power, they did a lot.

“But if you give this present government 50 more years to rule, this is how the masses will suffer for those 50 years. The masses are being deceived with promises.”