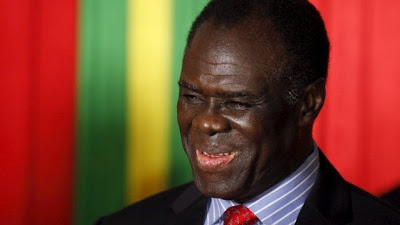 At least eight soldiers have been reportedly arrested in Burkina Faso for allegedly plotting to overthrow the government.

Mohamed Zoungrana, an ex-army commander, who is alleged to have been critical of the government is said to be among those arrested, Reuters reports.

The authorities said an investigation has been launched into the matter.

The last coup in Burkina Faso occurred in 2015 when the military announced the dissolution of the country’s transitional government, a day after presidential guards arrested the interim president, Michel Kafando, and prime minister, Yacouba Zida.

The Western African country is the third in recent months to experience a coup attempt.

In August 2020, Ibrahim Keita, president of Mali, was deposed in a coup.

In September 2021, Alpha Conde, Guinea president, was ousted from office and detained by military forces led by Mamady Doumbouya.

Both incidents have elicited international condemnation, and the African Union (AU) suspended the West African countries in reaction to the developments.

Hundreds of soldiers and civilians were killed last year, prompting violent street protests in November calling for President Roch Kabore to step down.

The Burkinabe government at the time suspended mobile internet service for over a week, and the tense situation led the United Nations’ special envoy to West Africa to warn against any military takeover.