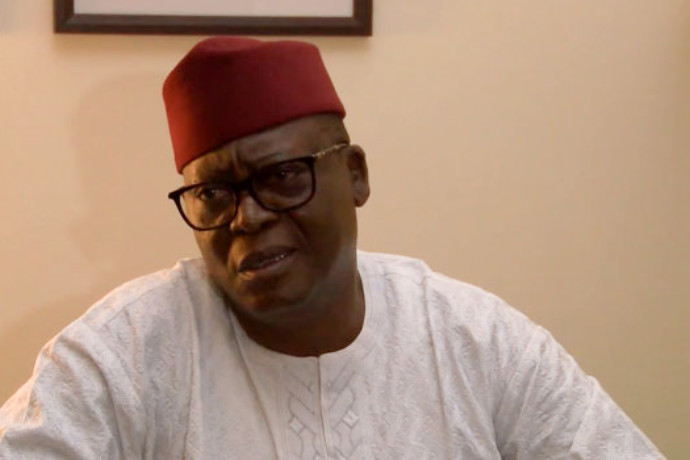 One of the aspirants for the governorship ticket of the Peoples Democratic Party (PDP) in Ekiti State, Prince Dayo Adeyeye has dumped the party to join the All Progressives Congress (APC).

Adeyeye, a former spokesperson of the Makarfi faction of the PDP, announced his defection and those of his supporters to the APC on Tuesday.

The lawyer-journalist, who was former Minister of State for Works during the PDP regime of former President, Dr. Goodluck Jonathan, lost the primaries of the party to the Deputy Governor of Ekiti State, Prof. Kolapo Olusola-Eleka.

He accused Governor Ayo Fayose of having given undue advantage to Olusola-Eleka.

Adeyeye said he left to support the candidate of the APC, Dr. Kayode Fayemi, in the bid to rescue Ekiti State from the maladministration of Fayose.

Adeyeye, told a news conference at his Ado Ekiti residence that he defected because he could no longer operate on the same pedestal with the state governor, Ayo Fayose.

He claimed that Fayose was too dictatorial and overbearing in his handling of internal affairs of the PDP in the state.

He said he had consequently directed all his teeming supporters across the state to follow suit and join the APC.

He said he preferred to work with the APC and its gubernatorial candidate, Dr Kayode Fayemi, who he described as “better equipped”.

Adeyeye, who was also the former National Publicity Secretary of the PDP Caretaker Committee and former spokesman of the Pan Yoruba socio-cultural group, Afenifere, said his defection to APC was his Democracy Day gift to the nation.

He, however, denied that he defected because he had reached an agreement with Fayemi purposely to become his running mate in the July gubernatorial poll.

”Nothing can be farther from the truth in that regard. I never planned to leave PDP so as to become Fayemi’s deputy.

“Leaving the PDP was not an easy decision to make. That was a party to which I have rendered invaluable service at the most trying period of its history.

“Expectedly, patriotic leaders of the party appealed to me to reconsider my decision in the light of my previous service and loyalty to the party.

“But the issue was never about me as a person. It was about the interest of the very many people who associate with me and more importantly the collective interest and future of Ekiti people.

“For me, politics has always been an opportunity to serve and make contributions toward the development of my community and the nation.

“Therefore, when I am compelled to make a choice between loyalty to a political party and loyalty to my community, l will readily choose my community or state.

“Political parties come and go but the community remains. I cannot change my state or hometown but I can always change my party if I feel that it can no longer serve as a vehicle for our collective good as a people.

“As a thorough bred Ekiti person with a deep love of this land and the people, it is incumbent on me to resist and stop the evil agenda of one man to put our people in perpetual enslavement,” he said.

”My supporters and I have decided to leave Egypt, which the Fayose administration represents and join hands with patriotic Ekiti people to board the train of the APC for the onward journey to our promised land.”

He said his defection was to set Ekiti land free and entrust the land unto the hands of Fayemi, who had come to right the wrong and not on a vengeance mission as being touted by Fayose and his cohorts.

The News Agency of Nigeria (NAN) reports that Ekiti governorship election will hold on July 14.