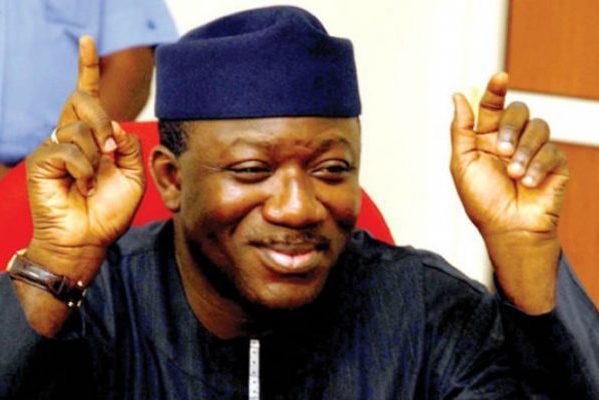 Dr Kayode Fayemi, candidate of the All Progressives Congress,in the Ekiti governorship election, is coasting home to victory, according to the results declared by the Independent National Electoral Commission in majority of the 16 local councils in the state.

According to the results so far been declared by the Independent National Electoral Commission (INEC), the All Progressives Congress (APC) candidate, Dr Kayode Fayemi is leading in the race to be the next governor of Ekiti State.

Fayemi, who was governor of the state between 2010 and 2014, has won no fewer than 13 of the 16 councils, including the council of incumbent Ayodele Fayose.