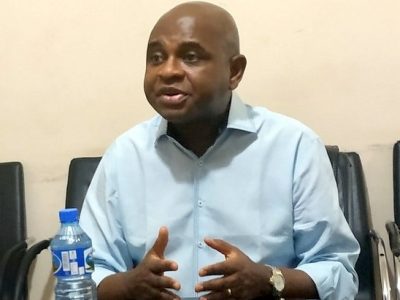 Kingsley Moghalu, the presidential candidate of the Young Progressives Party (YPP) has urged Nigerians to remain calm following the postponement of the general elections.

Moghalu told the News Agency of Nigeria (NAN) on Saturday, that INEC’s postponement of the elections signposted the recycling of failure under the All Progressives Congress (APC) and the Peoples Democratic Party (PDP).

He said the general elections were also postponed in 2015 under the PDP government, and that Nigerians should remain calm and resolute to vote for a new kind of leadership.

INEC postponed the presidential election and election into the National Assembly slated for today, and elections for the governorship and the state Houses of Assembly, originally slated for March 2nd, by one week.

Moghalu, who expressed disappointment with the development, described it as burdensome with serious implications.

“And Nigerians who have travelled to various parts of the country to vote or monitor the elections that would have held today now face logistical nightmares.

“I would like to thank the teeming volunteers of my campaign and supporters of our party, the YPP, for their service to our country. Let us ensure this election is a watershed for the liberation of our country from the vice-like grip of incompetence and lack of vision.

“I remain committed to providing our country the needed visionary and competent leadership,” Moghalu said.

2023: “There is a scammer in town” – Peter Obi is defrauding Nigerians with lies -Asari Dokubo