HomeBusinesseNaira: Here’s All you need to know about Nigeria’s new digital currency
BusinessNational 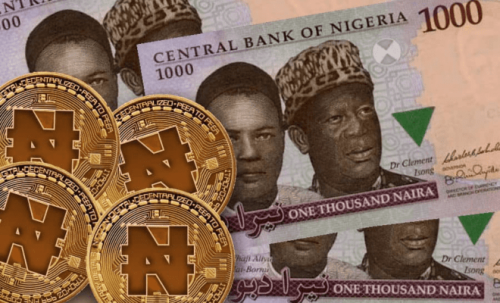 The CBN had earlier announced October 1, 2021, as the launch date for the eNaira.

Let us take a closer look at the eNaira, what it means for you, and how you can position to take advantage of its launch.

What is the eNaira?

eNaira is a central bank digital currency (CBDC) issued by the Central Bank of Nigeria (CBN) as a legal tender. It is the digital form of the Naira and will be used just like cash.

The e-Naira will be a digital representative of the paper Naira currency issued by the CBN. The eNaira will be a “complementary” legal tender in Nigeria, having the same exchange value as the Naira, and maintain a “parity of value” with the Naira. The e-Naira will not earn any interest to holders. The e-Naira is built on a blockchain open ledger technology. Creating the eNaira on the blockchain means you cannot have a duplicate or fake eNaira. Each eNaira note will be unique.

What is eNaira wallet?

The eNaira wallet is a digital storage that holds the eNaira. It is held and managed on a distributed ledger.

The eNaira wallet is required to access, hold and use eNaira.

What makes eNaira different from the money in your bank account?

eNaira is the digital form of cash and is a direct liability on the Central Bank of Nigeria while the customer deposits are direct liabilities on the financial institutions.

Is the eNaira a Stablecoin?

A stable coin is a cryptocurrency backed by reserves. The keyword is ‘reserves’, but what kind of reserves?

Stable coins are backed by holding an equal equivalent of FIAT money like the US dollar. FIAT means government-issued but usually not backed by any commodity, e.g., gold. Thus a stable coin like USDT is tied to a currency, the US dollar, and maintains a stable exchange value.

Note, stable, not immovable. The eNaira technically is linked to the FIAT Naira, but is the Naira stable? Well, not exactly. To be a stablecoin, the eNaira has to be tied to a currency like the US Dollar or Euro or even the Yuan.

How safe is the e-Naira?

Think of the e-Naira in this way; you want to send N100 to an uncle in a remote village without a bank branch. A common practice is to buy mobile phone recharge cards of that value, load them to your phone, and text your uncle. Your uncle can then go to any phone card retailer and discount his N100 mobile phone credit for N95. The mobile retailer can redeem the call credits and pay cash because he trusts the person doing the exchange; however, he cannot tell if the mobile numbers are real.

The eNaira is designed to solve this verification risk by assuring all holders that each eNaira is a valid token. This authenticity is achieved by building the eNaira on the blockchain.

Thus instead of buying phone credits, I will debit my bank account for N100, convert to eNaira, and transfer it to my uncle. My uncle can spend the funds directly from his phone or transfer and get cash. Every retailer is more likely to accept the eNaira because it can’t be easily faked.

How will I get the eNaira?

The CBN has planned a rollout in a tiered manner; first, it will issue the e-Naira, to financial institutions like banks. Your bank will then retail the e-Naira to you. If your transaction value is less than N50,000 a day, you don’t need a bank account to get the eNaira; you can use a NIN verified phone number to buy eNaira. If you want to withdraw more than N50,000 but up to the daily limit of N1 million, then you will need a BVN in addition to a NIN verified phone number. The CBN has very strict ‘Know Your Customers” protocols for this process, the aim being to assure all retailers of the safety and utility of the eNaira.

Why should I use the eNaira?

The eNaira has a low-cost advantage when compared to FIAT. The daily transfers between accounts are at no cost to the holder of the account. Lower transaction cost is a massive incentive as traders will pay no fees for withdrawals and deposits to and from their bank account. No transaction fees reduce the cost of commerce while improving safety.

How will dollar remittance to eNaira work?

The e-Naira will be integrated into the CBN’s forex process, and this is to make it easier to receive remittances to Nigeria. These transfers could be from the CBN crediting e-Naira directly to the International Money Transfer Organisation (IMTO). A Nigerian abroad sending $100 to his uncle can debit his US bank account and credit $100 to an IMTO, who will buy eNaira from their corresponding Nigerian bank. The $100 is converted to e-Naira instantly at a far lower transfer fee which is a real benefit and a significant advantage the e-Naira will enjoy.

The street definition of inflation is too much cash chasing too few goods; however, not all inflation is this simple. Coins in Nigeria are scarce; thus, most merchants round up their prices to match with available currency, usually notes. This rounding up induces an artificial rise in prices because any cost-push does not cause the price hike but other factors, for example, selling eggs for N100 instead of N88. With the e-Naira, it becomes possible to transfer the exact cash price in the marketplace, especially in rural areas. This reduces the possibility of “round-up inflation.”

The eNaira can be the ECOWAS currency

The eNaira can be used by any two parties who can credit a Nigerian banking institution with corresponding currency. This means a trader banking with UBA in Burkina Faso can settle his import bills from the Gambia using e-Naira. This will be the next level of the rollout. The financial institutions and FINTECH start to build out an ecosystem with eNaira as the base product.

The eNaira helps the financially excluded

The e-Naira will also bring in the vast majority of the unbanked Nigerians who have no bank account but have a phone into the formal financial economy. With the e-Naira, salary payments and payments for goods and services can be concluded. A plumber can accept payments on his phone, store them in his wallet, and make transactions with any vendor.

What are the risks?

Data security. The e-Naira is online, the BVN and NIN information is also online, the risk of malicious actors attempting to hack or gain access to the data is very low. The process of minting and burning eNaira tokens by the CBN has to be top-notch.

Overall, it’s a plus to the Nigerian economy, and it’s a positive progression towards a cashless society, with lower costs, and higher productivity.