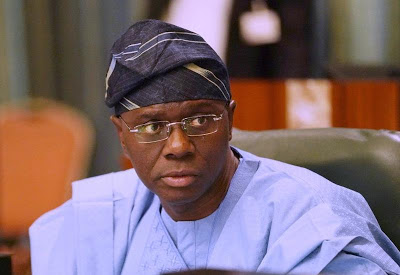 The chairman of the church’s 50th-anniversary celebration, Samuel Sogunro, disclosed this during a news conference at the church’s headquarters in Ijeshatedo.

Mr Sanwo-Olu had on November 30 called on youths and other stakeholders to join him on a peace walk, for the healing of Lagos, after the violence that trailed the 2020 #EndSARS protests against police brutality, extortion, and bad governance.

Mr Sogunro, a former rector of the Lagos State Polytechnic, said what had happened was irreversible, but all had to come together and move the nation forward.

”The bottom line is that we must move forward as a nation, and we continue to learn every day. I believe that what happened during that EndSARS will never repeat itself. So many things, many infrastructures of government were destroyed,” Mr Sogunro pointed out.

“I bet you if it had been other states, they would not get over it till thy kingdom come, but we want to appreciate the Lagos state government for rising up to that challenge.

“Lagos state government has been doing very well, as far as infrastructural development and listens to the masses.”