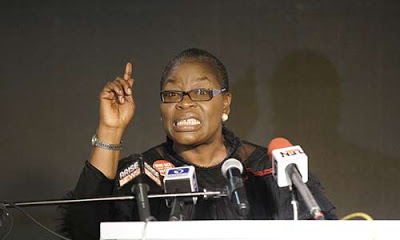 The protests seeking the abolition of the Special Anti-Robbery Squad (SARS) over the police unit brutality have expanded massively despite government’s announcement of the proscription of the operation.

Further captions, such as ‘#Endbadgovernment in Nigeria, #Endbadgovernance, #Endpolicebrutality, #JusticeforJimohIsaiq; #RestructureNigeria; #ReformNigeriaPolice’, among others have also emerged and are trending on social media.

These lists of new #tags are also appearing on placards on the streets to indicate that the demands from protesters have gradually increased.

Ezekwesili, a presidential aspirant in the build-up to 2019 elections, in a tweet on Saturday, said, “What really is the end game of the @MBuhari‘s @NigeriaGov on #EndSARS? Not clear at all.

“Where is the President? Where really is the President at a time like this?
“Go to where your young citizens are and engage them on their own turf. These folks are not backing down.”