The enemy within: How Ibe Kachikwu allegedly caused fuel scarcity to sabotage Baru 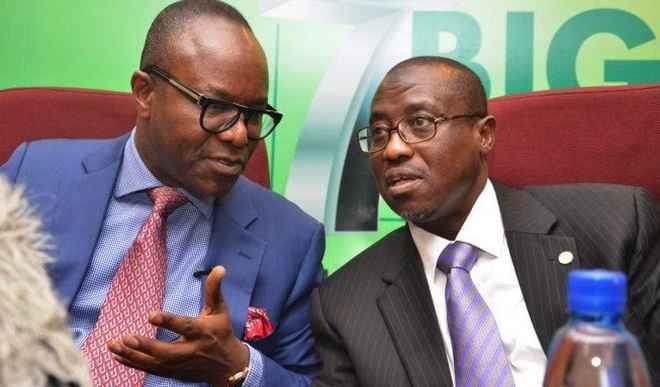 Few months after the corridors of power heaved a sigh of relief from the bitter war of will and influence between Kachikwu and Group Managing Director of the Nigerian National Petroleum Corporation (NNPC), Maikantu Baru, fresh crisis loomed between the two as Kachikwu reportedly effected a grand plot to sabotage petroleum distribution in the country and project Baru in bad light.

The minister’s plot, according to a highly placed source, was effected courtesy the recent petroleum scarcity in the country. The source revealed that Kachikwu never forgave Baru for humiliating him before Nigerians and their principal, President Muhammadu Buhari.

For accusing Baru of gross insubordination and disrespect for due process in a recent letter to the President, Kachikwu recently stirred the hornet’s nest and risked losing his seat as the country’s junior petroleum minister. Sources close to the presidency revealed that President Buhari and his handlers were unhappy with Kachikwu over his perceived immaturity in handling the issue.

Kachikwu had been in the spotlight since his memo to Buhari over goings on in the NNPC got leaked by unidentified persons to the media. In the letter, Kachikwu had accused Baru of humiliating him and being insubordinate.

Although truce was allegedly brokered between the two in the wake of their discord, Kachikwu reportedly sheathed his beef for his underling and silently plotted to get him kicked out of office by sabotaging his work.
In his bid to actualise his plot, Kachikwu allegedly masterminded the current scarcity of premium motor spirit (petrol) in major cities of the country.
Highly placed sources revealed that Kachikwu instigated the Independent Petroleum Marketers Association of Nigeria, IPMAN, to disrupt the availability of PMS just to portray Baru as an incompetent administrator.
Though the NNPC attributed the long queues being experienced to panic buying; findings revealed that IPMAN members were influenced by Kachikwu to sabotage Baru; IPMAN had reportedly approached Baru to allow their members sell fuel at N150 per litre, a proposal which Baru allegedly rejected because the difference would foist untold hardship on Nigerians.

According to IPMAN, the products were being sold to them at ex-depot price of N120 per litre, and the only way its members could break even was to sell at N150 per litre. Realising that they would not have their way with Baru, they reportedly found an accomplice in Ibe Kachikwu, who instigated them to significantly cut down their supplies as such action would cause scarcity and force Baru’s hands whom he considers “being unnecessarily defiant.”

Baru who was in London at the time the scarcity broke out, had to rush back to the country to save the situation. He reportedly held series of meetings with stakeholders, including IPMAN, and there are indications that all parties have agreed to work out the modalities to ensure that fuel is made available without any price increase.

Allegedly dissatisfied by his inability to sabotage Baru, Kachikwu recruited shady characters among Niger-Delta militants to stage protests against Baru in Abuja, Lagos and Port-Harcourt. The paid protesters are expected to hold rallies in strategic places in the three cities on Monday or Tuesday, barring any last minute changes.

Kachikwu reportedly lost his poise and touted charm since Baru’s emergence as GMD of the NNPC, a position hitherto manned by Kachikwu in his double portfolio as Minister and GMD. Their discord attained ugly dimensions when Kachikwu’s memo to the President about Baru was leaked to the public.
Things went downhill afterwards between the two until President Buhari intervened and established a truce. That truce is allegedly busted in the wake of Kachikwu’s recent offensive against Baru.