newsheadline247
Home SPORTS Football England, USA qualify for the Round of 16 as Iran, Wales missed...
Advertisement 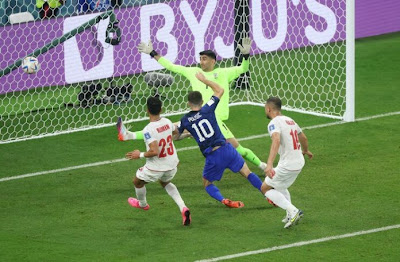 Iran and Wales failed to qualify for the knockout stage following their defeats against the United States of America and England respectively, while the latter two sides booked their Round of 16 berths in the ongoing FIFA World Cup 2022.

England, needing just one point to qualify for the Round of 16, bagged three following an emphatic 3-0 victory over neighbours Wales and topped the Group B standings with seven points.

Following another dominant triumph in the first round, Gareth Southgate’s side topped the Group B standings after Marcus Rashfor’s brace and Phil Foden’s goal.