Three London properties linked to the alleged bribery of Mrs. Alison-Madueke have been frozen under the UK Proceeds of Crime Act, at least one of which is owned by Mr. Peters. 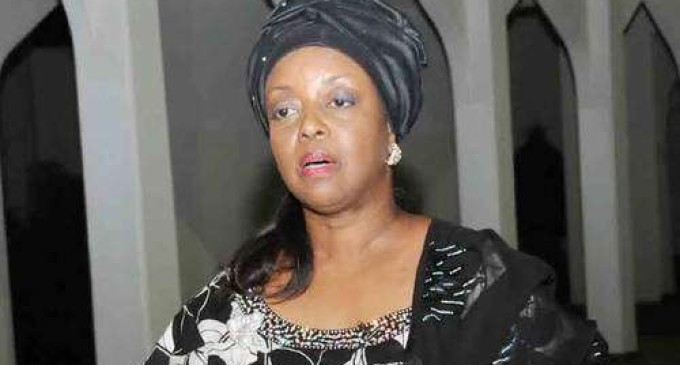 The order, issued in September 2016 and obtained by Africa Confidential, forbids defendants Benedict Peters, Mrs. Alison-Madueke, Atlantic Energy’s Kola Aluko and Jide Omokore, Christopher Aire (a jeweller for Mrs. Alison-Madueke) and Donald Amamgbo (her cousin) from disposing of or dealing with the properties.

Messrs Alison-Madueke, Aluko and Omokore were named in the U.S. Department of Justice’s (DoJ) asset forfeiture, which stated that the same London properties totaling more than £10m were bought for the oil minister in order to secure lucrative Strategic Alliance Agreements (SAAs), which saw prized Nigerian oil assets passed to the minister’s cronies for pittance.

But the inclusion of Mr. Peters as a defendant in the London case, which relates to an attempt to influence the former Minister’s contracting decisions, suggests that international investigations could be more wide ranging than was previously known.

Mr. Peters’ company, Aiteo, did not directly benefit from the SAAs, but it flourished under Mrs. Alison-Madueke’s oil ministry. As well as term contracts from the NNPC, Aiteo benefitted from the oil swaps, and bought Shell’s prize asset, OML 29. With Peters now in the frame, these deals could face the same scrutiny from international law enforcement as the notorious Atlantic SAAs.

Mr. Peters has admitted to being the owner of the Seychellois company, Rosewood Investments Limited, who until now has been known as “co-conspirator #2” in the DOJ’s case. Rosewood Investments bought the £2.8m luxury flat in Harley House, London, in March 2011, with the help of London-based estate agent Daniel Ford.

Mr. Peters later bought luxury furnishings for the flat from Mrs. Alison-Madueke’s favourite Houston store, according to the US documents. The DoJ affidavit says over the course of two days in May 2011, Mr. Peters bought over $107,000 of furniture – including a sideboard worth more than $10,000 – that was later shipped to the UK and installed at Harley House.

Benedict Peters bought this £2.8m luxury flat in Harley House, London, in March 2011, with the help of London-based estate agent Daniel Ford. The property is now frozen.
Construction workers renovating Harley House over the summer of 2011 were introduced to Mrs. Alison-Madueke as “the architect”, and Kola Aluko, who was co-ordinating the renovation of Harley House in the summer of 2011, forwarded the plans for the apartment to the former minister.

Mr. Peters could not be reached to comment for this story. All his known telephone lines were switched off the multiple times PREMIUM TIMES called in three days. He is yet to respond to an email inquiry sent to him.

An official of his Sigmund Group, who was contacted by telephone, said he could not speak for Mr. Peters, and would not provide his latest contact details.

Diezani’s deals: the swaps and the blocks

Mr. Peters ran tank farms under the aegis of Sigmund Communnecci Limited until 2008, when a “re-branding” exercise renamed the company to Aiteo. Its success under the Goodluck Jonathan government has made it perhaps Nigeria’s largest indigenous oil and gas company.

Aiteo entered into its first offshore processing agreement (OPA) contract with Nigerian National Petroleum Corporation’s Duke Oil in 2010 which gave the company 30,000 barrels of oil a day. Under the contact terms, Aiteo was supposed to refine the crude and import a set value of oil products in return. That deal was periodically renewed, but it was not renewed in 2014.

Former Governor of Central Bank, Lamido Sanusi, published an explosive memo in 2014 that pointed to possible NNPC losses of $20billion between January 2012 and July 2013, and listed the oil swaps as potential leakage points. Experts pointed to numerous loopholes in the contracts that could have cost NNPC millions – including a clause stating that records relating to the contract could be disposed of after a year.

Benedict Peters bought this £2.8m luxury flat in Harley House, London, in March 2011, with the help of London-based estate agent Daniel Ford. The property is now frozen.
President Muhammadu Buhari cancelled the swap contracts as soon as he assumed the Nigerian presidency in 2015, but it took until March 2017 for Aiteo to repay $202m in “reconciliation” charges – and there has been little transparency over how this figure was arrived at.

By arguably the most lasting deal that Mrs. Alison-Madueke presided over during her time at the oil ministry was the sale of Shell’s onshore assets in the Eastern Niger Delta. The jewel in the Shell’s divestment portfolio was the Nembe Creek Trunkline, a critical crude oil pipeline that takes crude from the Delta to Bonny Export terminal – and the OML 29 oil block.

The Aiteo consortium was announced as the highest bidder for the most valuable block, OML 29, in March 2014, just a month after Sanusi’s memo was published.

Aiteo and its partners, Igho Sanomi’s Taleveras and a little known trader, Tempo Energy, bid $2.85m for the block, which commentators considered inflated. None of the companies had experience of production, and Shell encouraged the consortium to join up with a company that did.

It took over a year to for the deal to be completed, and in that time, Shell’s Chief Financial Officer warned investors that it was “difficult to predict” how the company would get approval of the sales from the government. Under the Petroleum Act the Minister has power of approval for the sale of oil licences in which NNPC has stake.

The purchase of the block was finally completed just days before the 2015 election, financed by Citi Bank, First Bank, Zenith Bank, and Union Bank Nigeria. The CBN demanded the reclassification of the loan in summer 2016 – as the Nigerian banking sector reached near crisis because of its exposure to Jonathan era deals.

The transaction was also partly funded by $512m of “seller financing” from Shell – under which Shell retains the exclusive rights to market oil from the block for the first five years.