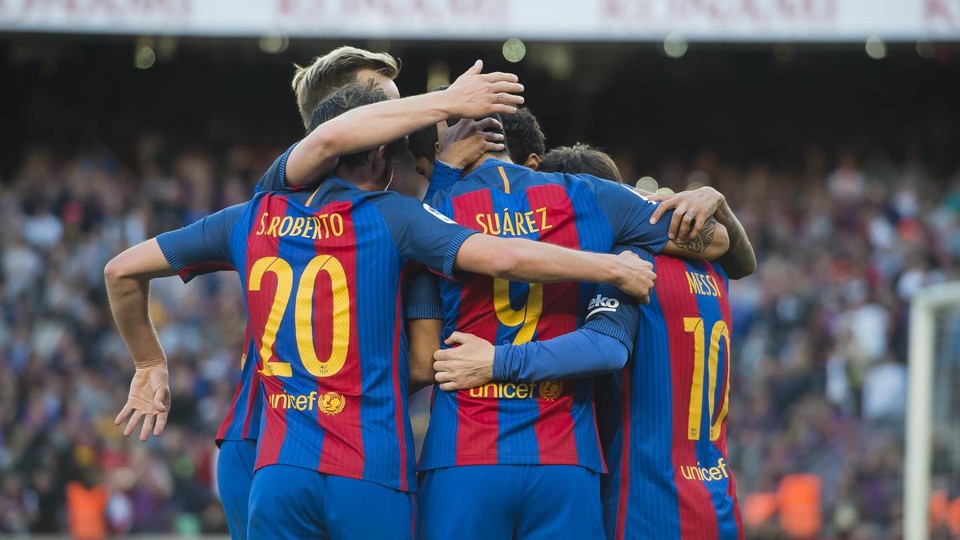 AFP    Barcelona condemned a crackdown on Catalonia’s right to self-determination after 13 regional government officials were detained on Wednesday as tensions rise ahead of an October 1 referendum on independence for the region.

Catalonia’s pro-separatist president Carles Puigdemont accused the Spanish government of imposing a “de facto state of emergency” in the region, with a series of measures to prevent what Madrid sees as an illegal independence referendum taking place.

“FC Barcelona, in remaining faithful to its historic commitment to the defense of the nation, to democracy, to freedom of speech, and to self-determination, condemns any act that may impede the free exercise of these rights,” Barca said in a statement.

“Therefore, FC Barcelona publicly expresses its support for all people, entities, and institutions that work to guarantee these rights.

“FC Barcelona, in holding the utmost respect for its diverse body of members, will continue to support the will of the majority of Catalan people, and will do so in a civil, peaceful, and exemplary way.”

Barcelona have previously been cautious not to support either side of the independence debate, but have backed the wealthy north-eastern Spanish region’s right to decide at the ballot box.

“This is adhering to democracy and the freedom of expression,” club president Josep Maria Bartomeu told a meeting of club members in May.

“That doesn’t mean to be in favour of one position or the other, that would be an error.

“We respect all preferences as long as they remain respectful of others and democratic.”

Madrid has taken several other steps to prevent the Catalan referendum from going forward, including threatening to arrest mayors who facilitate the vote.

Barcelona have been consistently fined by European football’s governing body UEFA for the waving of the pro-independence ‘Estelada’ flag at Champions League matches.

Chants in support of independence are also common at the Camp Nou in the 17th minute to mark the fall of Catalonia in the Spanish War of Succession in 1714.