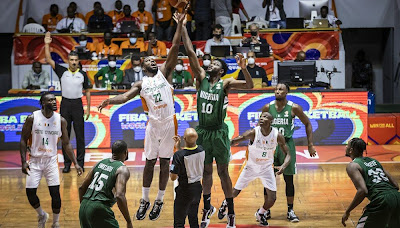 After their defeat against Cote d’Ivoire, D’Tigers will battle Guinea on Saturday and their last game of the group scheduled for Sunday will be against Angola

The Nigerian national basketball team, who had suffered three defeats in their last qualifier window, suffered another in the hands of the Elephants, who defeated them 78-66.

In the first quarter, both teams went tied on 14 points each. But the Elephants took the lead in the second quarter with a 28-22 score. They went further to claim wins in the third and fourth quarters; 18-16 and 18-14, respectively.

Chimezie Metu and Josh Okogie missed three points shots in the final 30 seconds as the Nigerian team became desperate to catch up to the home team, but Côte d’Ivoire capitalised on the misses to extend their lead.

Udoh Udofia, Coach Mike Brown’s representative at the post-match conference, stated that the team will bounce back in their next two games.

Udofia admitted his team fell to the Elephant but said they will make corrections in their next games.

“I want to say they are one of the tough teams in Africa at the moment. They were good tonight, but our guys fell. We have to put it together. There are some things we have to clean up.

Josh Okojie, while speaking about the full-court zone press, said D’Tigers didn’t struggle while playing against such style but needed time to get themselves together.

After their defeat against Cote d’Ivoire, D’Tigers will battle Guinea on Saturday and their last game of the group scheduled for Sunday will be against Angola.