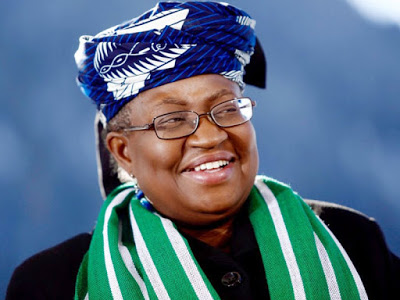 Nigerian economist, Dr Okonjo-Iweala, made history as she becomes the first woman and the first African to be appointed as the Director-General of the World Trade Organisation (WTO).

Her appointment was confirmed by the WTO at a special meeting of the General Council, following a selection process that included eight candidates from other countries around the world.

The organization tweet handle on Monday read: “Ngozi Okonjo-Iweala from Nigeria is appointed as the next WTO Director-General.

Okonjo-Iweala, born 13 June 1954, is a Nigerian-American economist and international development expert. She sits on the Boards of Standard Chartered Bank, Twitter, Global Alliance for Vaccines and Immunization (GAVI), and the African Risk Capacity (ARC).

Okonjo-Iweala had previously spent a 25-year career at the World Bank as a development economist, scaling the ranks to the Number 2 position of Managing Director, Operations (2007–2011).