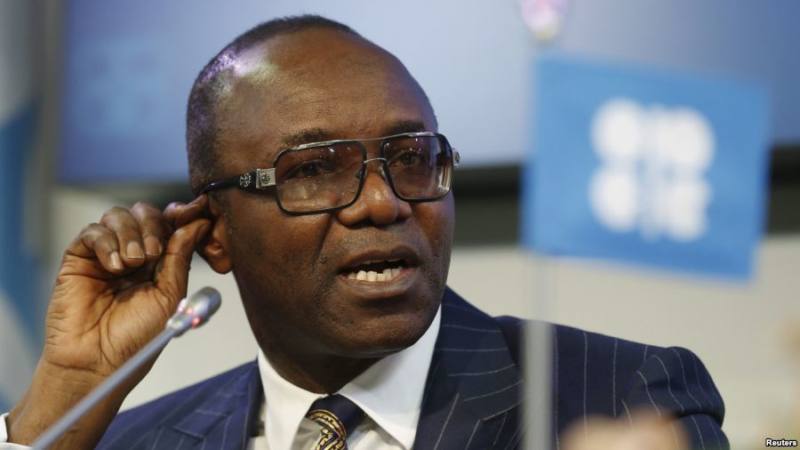 With continued plummeting of crude oil prices, Nigeria now records a monthly average of N15.859 billion as under-recovery on the importation of petrol or Premium Motor Spirit (PMS) into the country, The Guardian NG reports.

Though the Federal Government claimed it had exited the era of subsidy payment on imported PMS, data from the NNPC showed an under-recovery of N190.314 billion between January 2017 and January 2018.

The report stated that under-recovery has been described as the losses that oil companies incur due to the difference between the subsidised price at which oil-marketing companies sell certain products and the price, which they should have received for meeting their cost of production.

Under-recovery or over-recovery in petroleum products import was introduced after the Federal Government scraped subsidy on PMS.

Apart from the huge cost of subsidising the product, the country’s consumption increased from 28 million litres in 2017 to 60 million during the first quarter of 2018, according to latest consumption data from the National Bureau of Statistics.

This has stifled efforts by the Minister of State for Petroleum Resources, Dr. Ibe Kachikwu, who claimed to have brought down PMS consumption from 50 million litres a day to about 28 million litres per day in 2017.

Kachikwu had said that the current administration was able to block fraud impacted volume of petrol in 2016, which was nearly 40 per cent of the country’s consumption, reducing consumption to 28 million litres.

The Guardian NG learnt that the same forces the minister claimed have been tackled have returned and are now diverting petrol from Nigeria to neighbouring countries.

This means half of the petrol being imported into the country finds its way into neighbouring states.

Specifically, a breakdown of the monthly under-recovery suffered by NNPC showed that the country incurred under-recovery of N45.782 billion in January 2018 alone.

Further analysis from NNPC’s Financial Report in January 2018, revealed that the country’s under-recovery stood at N37,263,846,591.

At the current Brent crude oil price of N78 per litre, the Expected Open Market Price of PMS rose to N205 per litre, while the regulated price remained N145.

This automatically translates to under-recovery of N60 per litre. Facts from the NBS disclosed that Nigeria’s average daily PMS consumption was 60 million during the first quarter of 2018.

Kachikwu had adopted the price modulation policy for products, to ensure the price of petrol reflects the price of crude oil in the international market as close as possible.

But rather than the price of petrol reflecting the increasing international crude oil prices, NNPC has taken responsibility in ensuring PMS price remains at N145 by paying the subsidy.

NNPC Group Managing Director, Maikanti Baru, had attributed the heavy cost of the subsidy to the sale of petrol at N145 per litre, which under the new policy is described as under-recovery and proliferation of filling stations in communities with coastal borders across the country.

He explained that because of the low price of petrol in Nigeria, as compared to prices per litre within West African countries around her, smugglers are taking advantage of this to divert loaded tankers of products from their destinations in-country to service stations at border towns, supplying countries like Niger, Ghana and the Benin Republic.

This, he said, would put a stop to the revenue on importation of petroleum products.

“There is no need to export our crude oil. We have domestic needs here.

Let’s refine and increase the capacity of our refineries to be able to produce most of our daily consumption needs in the country.

“To encourage more investment, the government should fast-track the contract period. A lot of investors will be frustrated when the contractual period is too long.

We have been talking about modular refineries for a long time, but none has started, despite being given licenses.”

Speaking on the economics of petroleum products prices modulation in Nigeria, the President/Chief Executive Officer of Capacity Development International, Dr. Emmanuel O. Ojameruaye, said the price modulation of petroleum is not synonymous with the removal of subsidy.

“It is not a new subsidy removal. The government can modulate prices in a way that retains small amount of subsidy or taxes or removes subsidy.

It depends on the import prices of petroleum products.

If import price is low, the government may decide to reduce or retain the pump price while imposing a small tax, so that the pump price will be greater than the Expected Open Market Price and provide a small subsidy.

The bottom line of price modulation is to ensure that the pump price of each product moves in the direction of the import price, although not necessarily proportionately,” Ojameruaye explained.

On his part, President, Nigerian Association of Petroleum Explorationists (NAPE), Mr. Abiodun Adesanya, emphasised the need for the country to refine its crude oil rather than export it.

He said: “We should try as much as possible to explore what we have and use it for our development.

So, rather than producing crude oil and exporting it for dollars, we should refine it at our refineries and then sell the petrol through export.

“We should use the gas in generating power, petrochemicals for fertilizer, and the Liquefied Petroleum Gas (LPG) for cooking.

We should stop people from using firewood, which will have a multiplier effect on the economy.

We should use oil and gas revenue to set up petrochemical industries so that by the time oil is no longer relevant, just like coal, we will have something to fall back to. Our refineries need to work.”