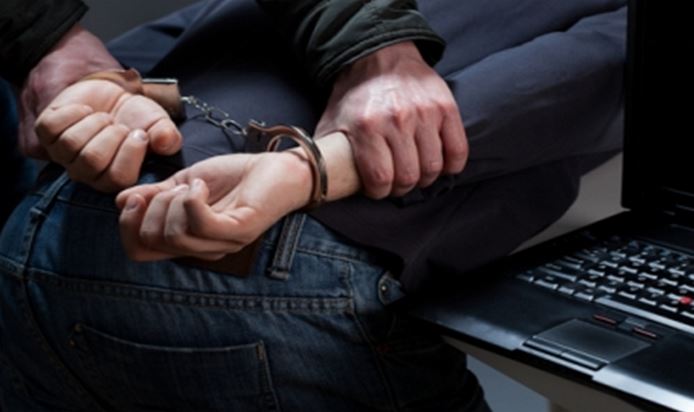 Over 70 people including about 30 Nigerians has reportedly been arrested by the US in a massive crackdown on email scammers.

A Report monitored on BBC stated that the arrests reflect a coordinated crackdown on people who convince correspondents to wire them money for fraudulent activities.

The US said such scams are prevalent and pledged to pursue perpetrators “regardless of where they are located”.
Following an investigation led by the FBI with the assistance of the IRS Criminal Investigation, Gloria Okolie and Paul Aisosa, two Nigerians residing in Dallas, Texas, were charged in an indictment filed on June 6.

According to the indictment, they are alleged to have victimized a real estate closing attorney by sending the lawyer a spoofing email posing as the seller and requesting that proceeds of a real estate sale in the amount of $246,000 be wired to Okolie’s account.

They were charged with laundering approximately $665,000 in illicit funds. The attorney reportedly experienced $130,000 in losses after the bank was notified of the fraud and froze $116,000.

They were charged with a seven-count indictment in the District of Connecticut,

Their victims were said to have lost approximately $2.6 million, including at least $440,000 in actual losses to one victim in Connecticut.

The US department of justice said Odufuye was extradited from the United Kingdom to the United States and on January 3, pleaded guilty to one count of conspiracy to commit wire fraud and one count of aggravated identity theft.

Nwoke was extradited to the United States from Mauritius on May 25, marking the first extradition in over 15 years from Mauritius. His case is pending.

Richard Emem Jackson, aka Auwire, 23, of Lagos, Nigeria, was charged in an indictment filed on May 17 in the District of Massachusetts with two counts of unlawful possession of a means of identification as part of a larger fraud scheme.

According to the indictment, on two occasions in 2017, Jackson is alleged to have possessed the identifications of two victims with the intent to commit wire fraud conspiracy.

Authorities said they have seized, recovered or disrupted more than $16m (£12m) since January.

The US said arrests occurred in the US, Nigeria, Canada, Mauritius and Poland.

FBI Director Christopher Wray, whose agency funded and coordinated the operation, said: “This operation demonstrates the FBI’s commitment to disrupt and dismantle criminal enterprises that target American citizens and their businesses.”

The FBI said people have reported losing more than $3.7bn since it started tracking the issue through its Internet Crime Complaint Center.

“The devastating effects these cases have on victims and victim companies, affect not only the individual business but also the global economy,” the US said.