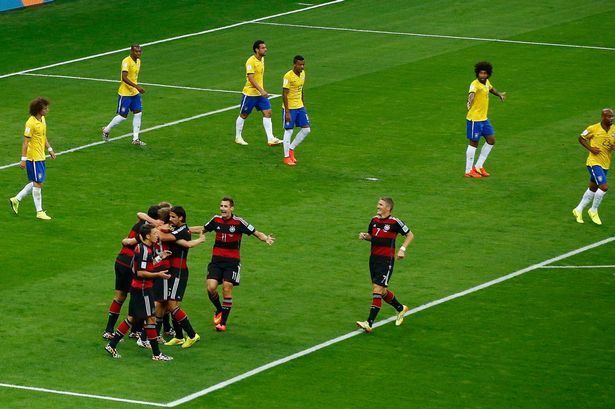 Brazil face Germany for the first time since being humiliated 7-1 by them in the 2014 World Cup semi-finals.

The Selecao has improved vastly since then and coach Tite has also made them less dependent on Neymar who misses the game in Berlin.

Record champions Brazil were the first team to qualify for the World Cup in Russia to underline their resurgence but they now face an emotionally difficult match with title holders Germany.

The two sides last met in the 2014 semi-finals in Belo Horizonte with the Germans coasting to a stunning 7-1 triumph against a home team which collapsed under the heavy burden of expectations and the absence of star forward Neymar.

The game was Brazil’s worst ever defeat at home and at a World Cup, and despite vast improvement, the humiliation is still haunting them as they face the Germans again in Berlin friendly.

Coach Tite has named the result “a ghost” in an interview with Kicker sports magazine, adding: “The wound is still open. This international in Berlin is also part of the healing process.

“When you suffer such a drubbing you don’t forget it. It is very instructive.

“It will be a difficult match in Berlin, a lot will be asked from us on the emotional side. The performance is important but I also want a good result.”

The disaster from 2014 cost Luiz Felipe Scolari the coaching job and Tite took over in 2016 once Scolari’s successor Carlos Dunga had to go as well.

The 56-year-old has managed to bring Brazil back on track and possibly even more important has made the team less dependent of Neymar who is out again with a foot fracture and could miss the World Cup in Russia if worse comes to worst.

Tite naturally wants Neymar to be fit again for Russia but at least the team is prepared if the Paris Saint-Germain forward doesn’t regain his fitness in time.

“We must have the strength to overcome adversities like this one,” Tite said.

Brazil are coming off a 3-0 victory at World Cup hosts Russia after which Tite said he wants a similarly dominant showing against the Germans.

“We will want to play football, to be competitive, mentally strong, and put an idea in play. We are looking to impose our way of playing,” Tite said.

The Barcelona midfield duo of Philippe Coutinho and Paulinho impressed in Moscow, with each man also scoring, and could cause the Germans trouble as well, just as Spain had in a 1-1 draw in Dusseldorf on Friday.

The Germans for their part have no illusions and speak highly of the Selecao.