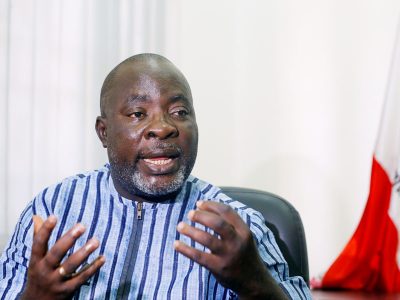 The Peoples Democratic Party (PDP) has said no threats of violence will deter it from overrunning Governor Yahaya Bello and his party in all the senatorial zones of the state, including the Kogi Central in the November 16, governorship election.

The opposition party’s position is centered on reported threats by Yahaya Bello and the APC to unleash violence and disrupt our campaigns in Kogi Central senatorial zone, apparently distressed by the massive support our candidate, Engr. Musa Wada, is enjoying across the state.

In a statement by its spokesman, Kola Ologbondiyan, the PDP also condemned the violent attack on the state secretariat of the Social Democratic Party (SDP) by thugs and urged the police to bring the perpetrators of such heinous crimes to book.

“As a party, we have on a good authority how Governor Bello and his agents have been threatening the lives of PDP leaders in Kogi Central, all in their failed bid to instill fear on the people and frustrate our campaigns in the area.

“However, the PDP cautions APC’s Yahaya Bello and his party to note that nothing will stop our party and the peoples’ candidate, Engr. Musa Wada, from campaigning and consolidating our support in Kogi Central and across the state.

“The people of Kogi state are on the move with the PDP in their readiness to confront and dismantle the machinations of Yahaya Bello and no amount of violence and death threat can change this resolve.

“The PDP calls on the Inspector General of Police, Mohammed Adamu, and the military hierarchy to note how Gov Bello is turning Kogi state into a theatre of war and making life unsafe in the state.

“Our party draws the attention of security agencies to reports that APC and agents of Governor Yahaya Bello have a training ground for thugs in Kogi Central District, who would be later armed with dangerous weapons to perpetuate violence during the election.

“There are also reports that the APC and agents of Yahaya Bello are sewing fake military, police and Civil Defence uniforms to be used by their thugs to cause mayhem during the election.

“The PDP therefore charges the Inspector General of Police and the military hierarchy to immediately call Yahaya Bello and the APC to order as well as take urgent steps to ensure adequate security to safeguard lives and property in the electioneering time frame of the November 16 election in the state,”the statement read in parts.

Furthermore, the PDP demanded the immediate arrest of the former ADC to Governor Bello, who allegedly refused to leave Kogi state after he has been transferred to Lagos state.

The PDP said its demand is against the backdrop of reports that the former ADC is being used by Yahaya Bello to compromise the security architecture of the state and aid the ruling party to perpetuate violence and all sorts of manipulation in the electoral process.

“Our party urges the IGP to immediately arrest and relocate the said former ADC as the people of Kogi state are ready to confront any irresponsible officer who is working against their interest in this election,” Ologbondiyan said.