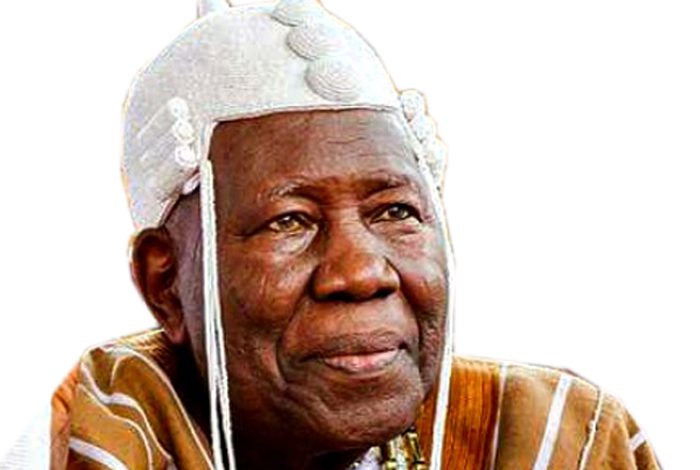 The Ibadan council of obas on Monday issued a 21-day ultimatum to Saliu Adetunji, Olubadan of Ibadan, to conduct his activities according to provisions of the olubadan chieftaincy review or get a vote of no confidence.

Speaking with journalists at Mapo Hall in Ibadan, Lekan Balogun, most senior oba to the olubadan, accused Adetunji of flouting provisions of the chieftaincy law by taking unilateral decisions and allegedly promoting civil disorder.

Balogun said queens were attending meetings with them, “dictating and attacking high chiefs in curses and abuses”.

He also said the appointment of baales and mogajis are not in compliance with the set-up rules and standards.

The oba said many litigations were ongoing over the installations of mogajis and baales because they were unilaterally and wrongly done.

The council members also accused the olubadan of inciting people against Abiola Ajimobi, Oyo governor, who undertook the review which made him an imperial majesty.

“Meetings of the Olubadan-In-Council were not conducted properly as they had been done. Oloris (queens) were still attending meetings with us and contributing, dictating and attacking high chiefs in curses and abuses,” Balogun said.

“Appointment of baales and mogajis are not in compliance with the proper set-up rules and standards.

“Apart from monetary scandal of which Kabiyesi is yet to refrain, a new Olubadan-In-Council is inside Popoyemoja palace, consisting of the Olubadan, the oloris and the Personal Assistant to the Kabiyesi (Tairu), who decide from time to time who is to be baale or mogaji and will only send hearing notice of meeting and agenda to the real members of the Olubadan-In-Council on the Saturday preceding the installation date on Monday.

“This leaves no time for protest, and any attempt to protest on Monday is fruitless, as Kabiyesi believed that he is not challengeable.

“We are, by this conference, giving His Imperial Majesty a 21-day ultimatum to change his stand and work for the improvement of Ibadan, rather than promoting disorderliness. Failure to do so, the entire Ibadan council of obas will pass a vote of no confidence in the imperial majesty, oba Saliu Adetunji, and declare him persona non-grata, and the government will have no other choice than to move for appropriate action.

“You need to know that we the then Olubadan-In-Council nominated and appointed him and presented the said Kabiyesi Adetunji to the government of Oyo state for inauguration and approval or confirmation as the olubadan of Ibadan, knowing well that under the law, anybody from the position of Ekerin is qualified for the position of the olubadan.”