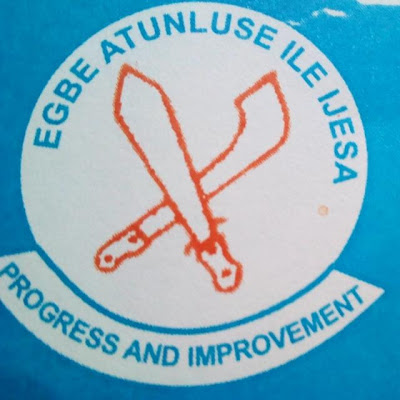 Egbe Atunluse Ile Ijesa (Ijesa Improvement Society), a foremost society in Ijesaland in Osun State, South West Region of Nigeria has kicked against the proposed establishment of a Vigilante Group in the region by the Fulani’s Miyetti Allah group.

This is made known in a statement signed and made available by the Public Relation Officer of the Society, Mr Isaac Haastrup.

According to the statement, the establishment of the Amotekun security network across Yorubaland was painstaking efforts of the governments of the region to ensure adequate protection of lives and properties of their people, hence, law-abiding sojourners in the region should not see the this as a threat to their presence.

The statement read, “The President of Egbe Atunluse Ile Ijesa, Pa Muyiwa Owotumi, Egbe Atunluse Ile Ijesa views such action coming from Miyetti Allah at this critical period as not only ill-timed but as an affront on the Yoruba People and could be seen as an attempt to further constitute themselves into an alternate Government in a zone of the country where they are undoubtedly sojourning as a minority group, most especially where there is no threat to their peaceful sojourn.

“The Egbe opined that if the purported planned action of Miyetti Allah in South-West Nigeria is a reaction to the establishment of “Amotekun” as being rumoured in some quarters, then one cannot but wonder why such laudable efforts of the South West Governments to secure the lives and properties of their people from incessant attacks from bandits and miscreants be a threat to any law-abiding sojourner in Yoruba land.

“The position of Egbe Atunluse Ile-Ijesa is in response to a statement credited to one of the leaders of the Miyetti Allah gruop; Kautal Hore, in which he disclosed that the group has established its own security outfit called ‘Miyetti Allah Vigilante’ to operate nationwide.

“The society further maintains that no singular socio-cultural, ethnic, religious, or non-governmental group(s) has the constitutional right to float any security outfit in any part of the Country and as such, the purported plans of the Miyetti Allah group should be thrown into the trash can.

“Egbe Atunluse Ile-Ijesa stated that it would be in order for Governments of other regions in the Country to float security outfits in their respective regions. It is, however, important to emphasize that any vigilance group like the one purportedly being planned by Miyetti Allah will never be allowed to operate anywhere in the south-west.