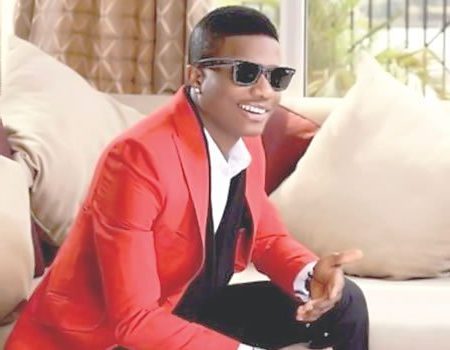 Nigerian sensational singer, Wizkid has said he has been booked for shows from now till 2021.

He revealed this on his Twitter handle @wizkidayo, where he wrote, “booked for three years”.

‘Soco’, in which he featured Ceeza Mili, Spotless and Terri, is a fast-paced Afro-beat tune that has grown to become the most favourite song for the ‘Shaku Shaku’ dance.

In February 2014, Wizkid became the first ever Nigerian musician to have over 1 million followers on Twitter.

He went on to become the first Afro-beat artiste to appear in the 2018 Guinness World Records, for his contribution to Drake’s hit song ‘One Dance’.

The 27-year- old recently sold out the O2 hall in London and is set to release a much-anticipated album later in 2018.