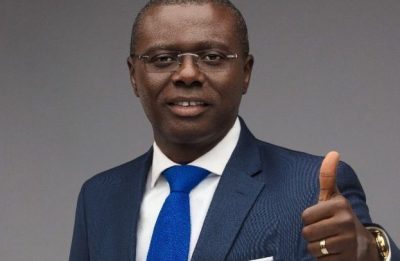 The governorship candidate of the All Progressives Congress (APC), Babajide Sanwo-Olu has been officially declared the winner of Saturday’s governorship election in Lagos State.

Sanwo-Olu who polled a total of 739,445 votes out of a total of 977,476 votes was announced winner by the Independent National Electoral Commission (INEC). The candidate of the Peoples Democratic Party (PDP) Olujimi Agbaje polled 206,141 votes.

The returning officer for the state Prof. Eyitope Ogunbodede said on Sunday that 21,239 votes were rejected,

Sanwo-Olu will, therefore, succeed Akinwunmi Ambode as the governor of the state on May 29.