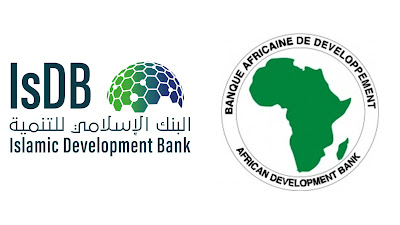 The enterprises would create 6.1 million jobs and add $6.4 billion to the economy

President of the AfDB, Akinwumi Adesina, announced this at the Nigeria International Economic Partnership Forum on the sideline of the 77th United Nations General Assembly, New York.

Adesina said the programme would support the creation of 225 creative start-ups and 451 digital technologies small and medium-sized enterprises, or digital SMEs.

The AfDB president added that the enterprises would create 6.1 million jobs and add $6.4 billion to the economy.

“That is the power of international partnerships working for Nigeria. Investors must recognise this and invest. The future is not just digital; the future will be driven by digital revolution. Today, Nigeria has five of the seven unicorns in Africa and raised almost $1.4 billion of the total of $4 billion raised by fintech companies across Africa in 2021,” Mr Adesina stated.

He added, “When you think of financial services digital innovations, think Nigeria, with Flutterwave, OPay, Andela and Interswitch holding the status of unicorn companies, worth at least one billion dollars each.”

The AfDB president also explained that the bank invested $4.5 billion in Nigeria and that the country remained an attractive investment destination.

“This financing will boost food and agribusiness value chains across Nigeria and make Nigeria more competitive,” he said.

He also called for increased international partnerships in Nigeria, adding that the bank had invested $44 billion in infrastructure in Africa over the past six years.

Furthermore, Mr Adesina said the growth in Nigeria would depend on its ability to fix its infrastructure deficits.

“The National Integrated Infrastructure Masterplan shows that Nigeria will need a total financing of $759 billion to support infrastructure over a 23-year horizon (2020-2043),” he added. “These covers tackling the crippling lack of energy to power the economy, including power generation, transmission and distribution infrastructure, water and sanitation, and transport infrastructure.”

He noted that Nigeria and other African countries “need debt relief” and that “they cannot run up the hill carrying a backpack full of sand.” The AfDB president also stressed international partnerships to tackle climate change.