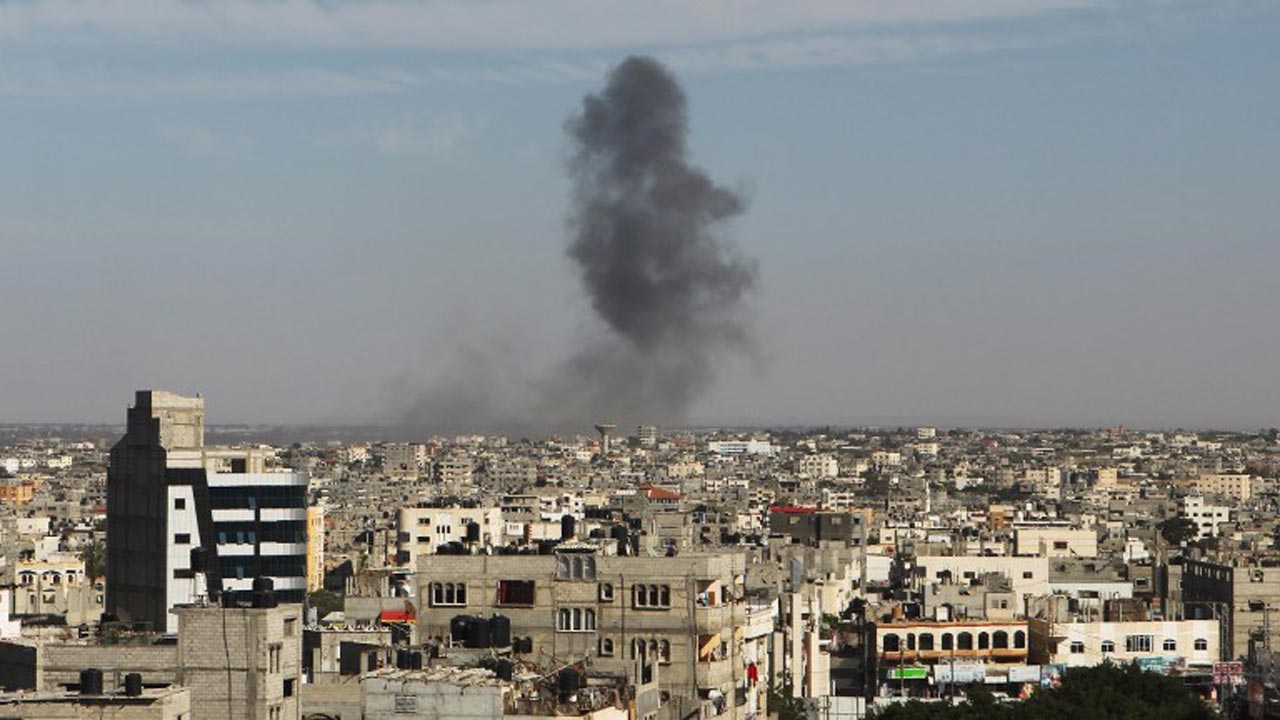 An Israeli air strike on a Gaza base of Hamas’s military wing killed two people on Saturday, health officials of the territory’s Palestinian Islamist rulers said.

The strike on a base in Nusseirat in the central Gaza Strip, one of several in the early hours, came amid protests across the Palestinian territories against US President Donald Trump’s deeply controversial recognition of Jerusalem as Israel’s capital.

The Hamas health ministry in Gaza named the men as Abdullah al-Atal, 28 and Mohammed al-Safdi, 30.

It said that their bodies were only recovered several hours after the pre-dawn strike on a base of Hamas’s military wing in Nusseirat in the central Gaza Strip.

The militants did not say if the dead men were its members.

It said the targets were “two weapons manufacturing sites, a weapons warehouse and a military compound.”

“In each target, several components were hit,” it added.

Israeli strikes on Hamas facilities on Friday night wounded 14 people, among them women and children, the Hamas medical services said.

In one of them, a rocket hit the southern Israeli city of Sderot although Israeli public radio said it did not explode and did not cause any casualties.

The Israeli military said that its Iron Dome air defence system intercepted an earlier rocket fired from the Palestinian enclave.

It said it later detected a second missile launch, but had not found evidence that it had reached Israeli territory.

The military retaliated Friday with air strikes on what it said were two targets.

“In response to the projectiles fired at Israel from the Gaza Strip earlier today, Israel air force aircraft targeted a Hamas training compound and an ammunition warehouse in the Gaza Strip,” an English-language statement said.

Gaza security officials said that both targets were in the vicinity of Beit Lahiya, in the northern part of the strip, close to the border with Israel.

A previously unknown Salafist group calling itself the Salahedin Brigades claimed responsibility for one of the attacks.

But the Israeli army said it held Hamas responsible for all “hostile activity” originating from the territory under its control.