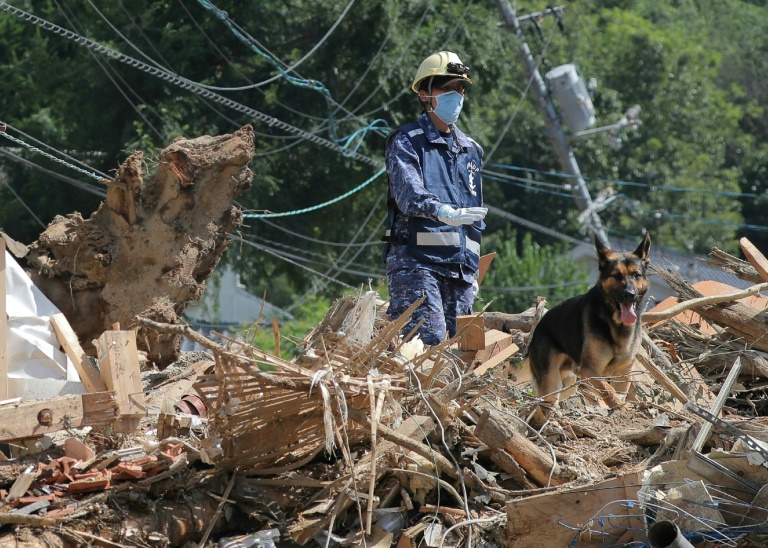 Operations were under way to dig out and clear up after the devastating floods and landslides that engulfed entire neighbourhoods.

But with around 60 people still feared missing, local authorities said they would continue searching house by house looking for survivors, or victims.

“The critical 72 hours have passed,” acknowledged Mutsunari Imawaka, an official with Okayama prefecture, one of the worst-hit regions.

“But we will continue our search believing there are still survivors,” he told AFP.

He said at least 18 people were missing in Okayama alone, and that several thousand people were checking houses across the region.

The rains are the deadliest weather-related disaster in over three decades in Japan, and the size of the death toll has raised questions about whether authorities were sufficiently prepared.

“Since a lot of people are still unaccounted for, we are carrying out rescue operations under a policy that saving lives is the top priority,” Suga told reporters.

“Being determined to do whatever we can do as a government, we want to continue tackling restoration and reconstruction in the disaster zone,” he added.

On Wednesday Suga said there would be a review of disaster management policies.

“In recent years we have seen damage from heavy rains that is much worse than in previous years,” he said.

“We have to review what the government can do to reduce the risks.”